CAIRO REVIEW: How did you become an activist?

ESRAA ABDEL FATTAH: I started my activism in 2005, during the presidential election and when Ayman Nour was arrested. I feel that I should be involved in the political life. I wanted to send a message to the government that you can’t arrest anyone who just says their opinion. I wanted to say my opinion. I’m not happy with being silent about all the corruption around me. I started to be an activist through the Al-Ghad party because I thought it was a young party, caring about the young people, and the majority of the members of this party were my age. I like [Ayman Nour’s] courage. I like that he insists on his rights, insists to be active to send a message to the people that the president should be changed, not just one person this whole time.

CAIRO REVIEW: You were detained for two weeks after the April 6 campaign. Then you made a public statement renouncing activism. Why?

ESRAA ABDEL FATTAH: Yes, my mother told me, in front of a lot of cameras here, that you should be away from activism. At this moment, I can’t say no to her. Yes, I will be away, yes mom, but after awhile I can’t be away. I needed some time to refresh my mind, establish my thoughts and then I returned to activism. I returned to Al-Ghad party for some time, then I left the party in 2009. I was involved in online activism, saying my opinion through the social media. I created a group calling for a general strike in Egypt.

CAIRO REVIEW: How have your views about activism changed over the years?

ESRAA ABDEL FATTAH: In 2005, I had a low profile. After 2008, I found myself as one who sends the message to people, “We can change our country, we can change Egypt to what we want.” I think it’s better to be an independent activist. I think the change should be through the system of elections, so I became involved in a campaign called “My Vote is My Right.” This campaign is specialized in changing the election system. Then, I had a very big role in monitoring the election. I was a consultant with a program on how to use the social media, and Google Earth, in monitoring elections. I worked in this project for a year, then after that we worked in the [Mohamed] ElBaradei campaign. I supported his right to be a presidential candidate. I also participated in all campaigns for Khaled Said [a young Egyptian killed in police custody in Alexandria in 2010], and the last [campaign] is the revolution on 25 January.

“We need time to make them more aware. We need time for workshops, for training on what policy means, what elections mean.”

CAIRO REVIEW: How did you participate during the eighteen days of the revolution?

ESRAA ABDEL FATTAH: Before the revolution, I publicized the event on Facebook. I was in the Al Jazeera Forum, and this forum is live, and I called on all Egyptian people to say we refuse to celebrate Police Day because policemen are killing people. I recorded a video for about two minutes in this forum, to encourage people to join us in the street. In the days before the revolution, I specialized in how we can raise the money for the logistics for the things we need, and what we can write in the signs we used in this revolution. In the eighteen days, I helped using Facebook and Twitter to provide coverage for what happened in Tahrir Square. I participated in a lot of TV shows to say my opinion.

CAIRO REVIEW: What was the role of social media?

ESRAA ABDEL FATTAH: Yes, I think this social media had a great role. We used this tool to organize people, to prepare what to say, when to move, when to stop. We used social media to organize ourselves in a very active way. To publicize the event the way we want, and to make coverage for the events that happened in the street. And when we broadcast what happened, at the same time we encouraged them to join us in the street.

ESRAA ABDEL FATTAH: I think the first thing is the revolution in Tunisia. It helped us to think, “We can change.” This is the energy of what we felt at this time. Then, we tried to rethink our demonstrations. They were not active and always the same people. We thought that now we should go to the other streets and to walk in them so the numbers increase and we can meet and arrive in the main square. I think these two things—rethinking our previous demonstrations and the Tunisian revolution—are the energy for us to make the 25 January revolution.

CAIRO REVIEW: What made you frustrated and so angry?

ESRAA ABDEL FATTAH: We have a lot of bad things in Egypt. We don’t have anything good before 25 January. We have corruption in every field. We have corruption in elections. We have no democracy, no freedom of expression. All my colleagues are in prison and I was in prison, just for expressing my opinion on a Facebook page. I see the raising of prices without any consideration for raising peoples’ incomes. There is no discipline in any place in Egypt. The system of punishment is not found in any institution or any ministry. No one can say what you did was wrong and what you did was right. Everyone just does whatever they want, without any reference to the law or the constitution. The corruption before 25 January, you can find it in every place in Egypt, I think the cause of the revolution. You make a lot of pressure with what happened to Ayman Nour, the pressure of raising prices, the bad education system, the bad economic system, all these pressures are on the people on 25 January.

CAIRO REVIEW: What was the role of the youth?

CAIRO REVIEW: Who are your leaders?

CAIRO REVIEW: Who do you favor in a presidential election?

ESRAA ABDEL FATTAH: I support ElBaradei to be the president in the next election. I think he is the suitable one for this period. But I care more for the system for how we choose. I don’t care about the person. I care about the system.

CAIRO REVIEW: What do you want for Egypt?

ESRAA ABDEL FATTAH: Security returned to the streets, the change of the government, the punishment of all the old people who made corruption or killed people in the revolution. And the system of elections.

CAIRO REVIEW: What will be your role in the next year or so?

CAIRO REVIEW: What problems should be addressed immediately?

ESRAA ABDEL FATTAH: I think after the transition period, we need a new constitution, a democratic one valid for the democratic country.

CAIRO REVIEW: Did you see the revolution coming?

CAIRO REVIEW: How do you feel now?

CAIRO REVIEW: Before the revolution, was it difficult to teach young Egyptians about democracy?

ESRAA ABDEL FATTAH: Yes. Some people have a good background about politics and they wanted to participate. Others said, “There is no space to participate in political life and no democracy. Mubarak will stay and his son will come after him.”

CAIRO REVIEW: Did the government prevent you from establishing your democracy organization?

ESRAA ABDEL FATTAH: No, but when we were making some events, we found that the regime canceled them.

CAIRO REVIEW: How do you view the position that the U.S. government took during the revolution?

ESRAA ABDEL FATTAH: In the first part of the revolution, I was disappointed by the reaction of the U.S.: “We trust the regime and we want to establish stability in Egypt.” I was disappointed. But when they saw that the people had more power than Mubarak, the U.S. started to change to support the people.

CAIRO REVIEW: What is the view of young Egyptians toward issues like the Israeli–Palestinian conflict, the Egyptian–Israeli peace treaty, the influence of Hizballah’s Hassan Nasrallah or Iranian President Mahmoud Ahmadinejad?

ESRAA ABDEL FATTAH: We don’t care about all this in this revolution. We didn’t care about what Hassan Nasrallah said or what the other people said in Iran, because we are very pissed about what happened in Egypt. We talk about what Mubarak said and what Mubarak did. We think they have no influence in Egypt. They just talk, they just mention something for the people, they have no influence on what happened in Egypt.

CAIRO REVIEW: How do you address these other issues?

ESRAA ABDEL FATTAH: I think this is not the time for this. We have no stable situation in Egypt. We care about what’s inside and don’t find time to talk about the foreign relationship between us and the others. This time will come after we choose a president. Then we will talk and say what the Egyptian role is in these situations, but there is no time for that now.

CAIRO REVIEW: What is your message to young people who look up to you as a role model?

CAIRO REVIEW: Are people ready for that?

ESRAA ABDEL FATTAH: We need time to make them more aware. We need time for workshops, for training on what policy means, what elections mean.

Esraa Abdel Fattah, twenty-nine, is a coordinator for the Egyptian Democratic Academy, a nongovernmental organization promoting democracy and human rights. Born the year after Hosni Mubarak became president, she was an unlikely heroine in the fall of Mubarak’s thirty-year regime. She started as a campaign volunteer with the opposition Al-Ghad party, whose leader, Ayman Nour, was later jailed by the regime for three years. She rose to prominence in 2008 as co-founder of the April 6 Movement, a group organized on Facebook to support industrial strikes, and became a leading activist in the January 25 revolution. The Cairo Review’s Lauren E. Bohn interviewed Abdel Fattah in Cairo on February 27, 2011. 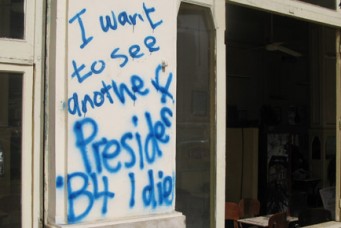 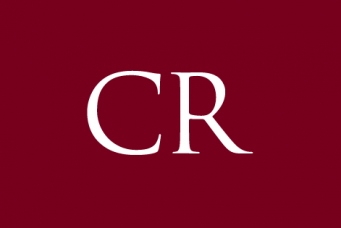