Boutros Boutros-Ghali has led a diplomatic career of rare distinction. He served many years as the Egyptian minister of state for foreign affairs, before becoming the first Arab and first African secretary-general of the United Nations from 1992 to 1996. Now 93, the elder statesman has donated his library of books and papers to the American University in Cairo.

The collection includes fifteen thousand volumes, as well as personal papers, photographs, and miscellaneous objects. Roughly three-quarters of the collection consists of texts on international relations, politics, and human rights, while the rest spans a range of topics with a heavy concentration of works on Coptic art and architecture. The collection includes many first editions and out-of-print works, volumes that the university would normally not be able to acquire.

It took a six-person team led by Mohamed Abu Bakr, chief conservationist at the AUC Library, five days to pack the collection into 241 boxes and transport it from Boutros-Ghali’s home along the Nile River in Giza to the AUC campus in New Cairo. “It’s about his whole life,” said Eman Morgan, manager of new collections at the library. “There’s enough to write his own story here.”

Boutros-Ghali distinguished himself with repeated calls for tolerance and peace in a world struggling with multiculturalism. He was privy to some of recent history’s great turning points. He was a senior foreign ministry official in the years following President Anwar Sadat’s opening to the West and Egypt’s peace treaty with Israel. His term at the United Nations followed the end of the Cold War with the fall of the Berlin Wall and breakup of the Soviet Union. As the sixteenth UN secretary-general, he dealt with the breakup of Yugoslavia as well as the Rwandan crisis—and faced complaints that the UN did not do enough to stop the genocide there. He presided over the organization’s fiftieth-anniversary commemoration.

On display in the library’s exhibition room are stamps that some member states issued to mark the occasion. Among them, Ghana’s features Boutros-Ghali’s portrait. His UN tenure was not without controversy, however. His bid for a second term as secretary-general was blocked by the United States; in his 1999 book, Unvanquished: A U.S.–U.N. Saga, Boutros-Ghali said the Bill Clinton administration opposed his independence and recounted how his leadership of the UN became an issue in Clinton’s own reelection campaign in 1996.

Marginalia, inscriptions, and book slip-ins hidden throughout the collection give a fascinating glimpse into an influential statesman’s life. One unremarkable form card announced the gift of a book, Israel: A Developing Society, to Boutros-Ghali on the occasion of a visit to Tel Aviv University on December 19, 1980. His visit, however, would have been anything but ordinary—it came only a year after Egypt and Israel ended decades of enmity. A short note from Bernard Lewis, a leading historian of the Middle East and professor at Princeton University, inscribing his book Islam in History, refers to a passage defending Boutros-Ghali’s “vision and courage” in negotiating peace with the Jewish state and guiding Egypt’s alignment with the West.

Another inscription came from Cuba’s revolutionary leader, Fidel Castro. In spidery handwriting in Castro’s book, The World Economic and Social Crisis, he politely refers to their disagreement over the Cuban leader’s views on the subject. “For my respected adversary,” wrote Castro. The collection includes inscriptions from famous allies in Egyptian diplomacy, too. There is a heavily illustrated volume, The Arts of Persia, by R.W. Ferrier, signed by the Iranian Empress Farah Pahlavi on her visit to Cairo in July 1990. When Boutros-Ghali was minister of state, Sadat honored the deposed Shah Mohammad Reza Pahlavi, who died of cancer in a Cairo hospital, with a state funeral.

Boutros-Ghali hails from a patrician family steeped in Egypt’s Francophile past; his grandfather was Egypt’s first Coptic prime minister. While the collection includes many English and Arabic editions, the majority of the works are in French. Inside many of Boutros-Ghali’s childhood books the owner is identified as Pierre, the French form of the prénom Boutros. Among them is a rare 1855 edition of The Three Musketeers by Alexandre Dumas. 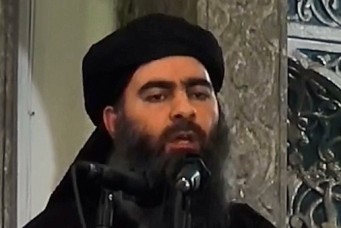 From the Archives: A Portrait of Caliph Ibrahim 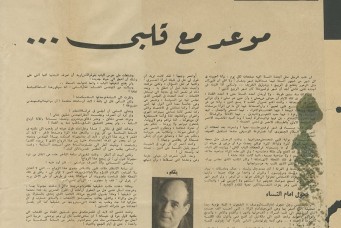 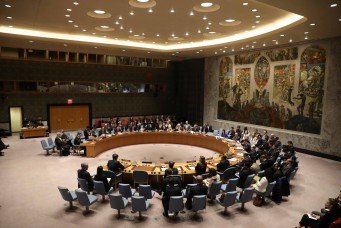 Failure of the International Security System