At least thirteen people were killed and forty injured after a family of six—including a nine-year-old and twelve-year-old—mounted suicide attacks on three churches in Indonesia in the country’s second-largest city Surabaya, on May 13. With many Indonesians still reeling from the coordinated attacks, a few hours later a mother and her seventeen-year-old-daughter were killed in a nearby suburb after a bomb being handled by the father blew up prematurely. The next day, another family of five, riding on motorcycles, detonated a bomb at the entrance of Surabaya’s police headquarters. Only a seven-year-old girl somehow survived, staggering away from the burnt-out wreckage—an image caught on social media and replayed repeatedly to widespread shock and revulsion.

It emerged that the central planner of the coordinated attacks on both days was one Dita Oepriarto, the leader of the Surabaya branch of the Indonesian Jemaah Ansharut Daulah (JAD) militant network, which has pledged support for the notorious Islamic State in Iraq and Syria (ISIS). Notably, the Amaq news agency of ISIS quickly claimed responsibility for what it called a successful “martyrdom operation.” This was the first time entire families, including young children and teenagers, were involved in a violent Islamist attack in Southeast Asia.

Islamist terror attacks are hardly new to Indonesia. They date back to the end of the Second World War, when a struggle broke out between Darul Islam separatists seeking to transform Indonesia into an Islamic state and secular republican forces committed to a more nationalist vision for the country. The Darul Islam revolt was crushed by 1962, but the movement remained active, going through several permutations over the next three decades.

In October 2002, 202 civilians, including eighty-eight Australians, were killed in suicide bombings aimed at two nightclubs on the tourist island of Bali. The strikes were perpetrated by a Darul Islam offshoot, the Jemaah Islamiyah (JI) network, led by several returned Indonesian veterans of the multinational jihad against the occupying Soviet forces in Afghanistan during the late 1980s—where they had been indoctrinated and trained by Osama Bin Laden’s Al-Qaeda network. Over the following decade or so, JI and associated splinter groups were blamed for smaller-scale terror strikes in the country aimed at both Westerners and the Indonesian police.

In recent times, however, the focus has shifted to yet another new mutation of the Islamist threat: ISIS, which emerged as a challenger to Al-Qaeda for leadership of the global Islamist, terror movement in mid-2014. Following relatively low-key attacks by pro-ISIS cells in Jakarta and the Malaysian capital of Kuala Lumpur in 2016, between May and October 2017, pro-ISIS armed groups fought a five-month-long battle with the Philippine military for control of the Islamic city of Marawi in the troubled, insurgency-wracked southern Philippines. The aim of the militants was to establish a foothold for an eastern wilayat or province of the putative ISIS caliphate. While the Marawi uprising was eventually defeated, what seemed clear was that as long as the extremist ideology of violent ISIS Islamism remained in circulation, not just in the Philippines and Indonesia, but throughout Southeast Asia, the threat would remain. And then came the Surabaya attacks.

Youth and the Surabaya Incident
Regional security officials have been quick to express alarm at the emergence in the Surabaya case of what has been called “family terrorism,” which according to Delfin Lorenzana, the Philippine defense secretary, is a “new development in Southeast Asia, something local terrorists have never done before.” Indeed, as mentioned, the role of youth stands out: in the case of Dita Oepriarto, orchestrator of the May 13 attacks on the three churches, the suicide attackers included his two young daughters, aged 9 and 12, and his two teenage boys, aged 16 and 18. The following day, Tri Murtiono—who was known to Dita as they were both part of the same network—involved his wife and his two teenage sons aged 14 and 18, as well as their seven-year-old daughter in the attack on the Surabaya police headquarters. Meanwhile, as mentioned, on May 13, a seventeen-year-old girl died in an accidental detonation by her father, who was yet another accomplice of Dita.

It is still too early to confirm the degree of willing participation by the youth involved the Surabaya attacks. It is almost certain, however, that active involvement was seen in at least some of the cases. The available information about some of the youth in Dita’s family, for instance, offers potentially significant insights into the factors driving youth radicalization into violent Islamist extremism. Adapting a typology devised by terrorism scholar Alex Schmid, we can systematically analyze these factors in Indonesia at the micro, meso, and macro levels.

The Micro Level
While the United Nations Secretariat and the World Bank both use “youth” to refer to individuals between fifteen and twenty-four years old, the UNICEF Convention on the Rights of the Child refers to “youth’ as a “child until eighteen.” By the latter measure, youth were certainly involved in the Surabaya attacks. At the micro and individual level, experts have long argued that neurological factors render youth particularly vulnerable to exploitation. Specifically, during the teenage years the brain centers that guide reasoning and self-control develop more gradually than those that govern human emotions. This helps explain why teenagers often appear impulsive and rash. Second, the rather intense emotional turbulence that many teens regularly experience expresses itself in psychological and emotional vulnerability and a lack of critical thinking. This frequently results in a quest for absolute cognitive certainty—which charismatic older role models and violent Islamist groups like JAD and ISIS claim to offer.

The Meso Level
The “meso level” deals with social influences which in this case are connected with the indoctrination of children into Islamist networks. Unlike most Western countries, Indonesia is a patriarchal, collectivist society, where respect for elders is expected and individual opinions must be subordinated to that of the group. Indonesian terrorism analyst Noor Huda Ismail thus argued that in such a cultural milieu, “it is very difficult for a child to escape a father’s influence,” and that the children involved in the attacks were abject pawns of their fathers. Hence, it is telling that some observers recalled that on the day of the May 13 church bombing, one of Dita’s teenage sons, sixteen-year-old Firman Halim, was crying inconsolably during dawn prayers in a Surabaya mosque not too long before the attacks. His father apparently encouraged him to “be patient, be sincere” and eventually, Firman left for home with his older brother Yusof Fadhil, aged 18. Both later mounted a motorcycle attack on a Catholic Church.

Another important element at the meso level is the role of the insulated small group. Dita’s family, together with the other two families involved, was part of the JAD social milieu. Not only were some of the youth home-schooled to limit outside exposure, at Sunday religious gatherings following noon prayers, the families were reportedly exposed to films on violent jihad in Iraq and Syria, including suicide bombings, and were even instructed in bomb-making. This had the gradual effect of inculcating a stark us-versus-them mentality that encouraged social distancing—something which Dita’s non-Muslim neighbors in the ethnically integrated Surabaya suburb where they lived eventually noticed as well.

The Macro Level
Dita Oepriarto was a relatively well-off businessman selling almonds, sesame, and caraway oil. Oepriarto’s family resided in a comfortable middle-class Surabayan district. At the macro or structural level, rather than material factors, therefore, what stands out as an important radicalizing factor is extremist ideology. The youth in Dita’s family did not wear overtly Islamic garb, but were nonetheless deeply influenced by pro-ISIS, hardcore Indonesian extremist ideologues such as Abu Bakar Baasyir and Aman Abdurrahman, all of whom propagated the view that the Indonesian state, the police, and non-Muslims, were intractable enemies of Islam and that violence in pursuit of a caliphate was religiously legitimate. Fauzi, a former JI terrorist, put it this way: “The motive,” he insisted, was not “worldly but ideological, that they were all in it together for the sake of paradise.”

Changing the Future
At the macro level, while President Joko Widodo’s government must continue efforts to boost the economy, this is not enough. Counter-narrative programs that strengthen Indonesia’s well-known progressive and moderate Islamic traditions need intensifying. More effective coordination is needed between the Indonesian National Counter-Terror Agency (BNPT) and large moderate Muslim mass organizations—the traditionalist Nahdatul Ulama (NU) and the modernist Muhammadiyah—as well as smaller NGOs able to put out counter- messaging via social media in creative and appealing ways. At the same time, it is encouraging that the Indonesian parliament on May 25 criminalized support for and membership of violent foreign extremist organizations like ISIS. This sends a strong deterrent signal. Nevertheless, the BNPT and relevant government agencies in Indonesia need to develop a more granular understanding of the approximately six hundred Indonesians—including entire families—who have returned from the conflict in Iraq and Syria. While the three families implicated in the attacks of May 13–14 were not returnees themselves, they were reportedly influenced by returning Islamist extremists. That the explosive material used in the May 13 attacks—triacetone triperoxide (TA TP)—has been used by ISIS in Syria and Iraq, hints strongly at such linkages.

At the meso level, better community intelligence involving local police, grassroots, and religious leaders in districts and villages are needed to detect if what American legal scholar Cass Sunstein calls “insulated enclaves”—cult-like social spaces cut off from mainstream society—are forming. As noted, some of the youth involved in the attacks were home-schooled to reduce exposure to mainstream ideas. The Islamist families in question also gradually grew more distant from their non-Muslim neighbors. As such, while community bodies need to foster greater opportunities for inclusive school projects between Muslim and non-Muslim youth, inter-faith and even intra-faith dialogues should be employed to debate ISIS theological and ideological distortions, while promoting the tolerant, unifying, national ideology of Indonesia.

Finally, at the micro, individual level, apart from educational programs that train youth in critical thinking and digital literacy, pro-family policies that encourage strong, stable families that promote healthy ego development in youth are needed. We must support families to nurture youth to navigate the adolescent journey from emotional dependence on parents to mature, adult independence in the context of a democratic society that prizes inter-religious tolerance.

In short, effective action must be taken in a sustained, purposeful manner, systematically integrating efforts at the macro, meso, and micro levels to combat the Islamist radicalization of Muslim youth in Indonesia and, for that matter, across Southeast Asia. If policymakers and leaders do not combat radicalization of Muslim youth on all three of these levels, ISIS-based extremism will remain in the cards for the foreseeable future.

Kumar Ramakrishna is the Head Policy Studies, as well as Coordinator of the National Security Studies Program at S. Rajaratnam School of International Studies (RSIS) in Singapore. 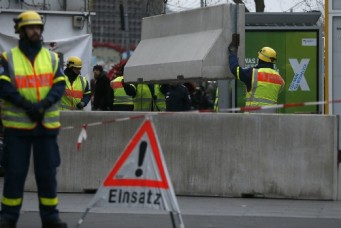