On September 25, 2015, the 193 member states of the United Nations unanimously adopted the 2030 Agenda which aims to eradicate poverty, fight inequality, and protect the environment, with the ultimate objective of “leaving no one behind.” However, as 2030 approaches, African countries continue to face a myriad of daunting challenges to implementing the global agenda’s seventeen Sustainable Development Goals (SDGs) and 169 targets, as well as the objectives of the 2063 Agenda, “The Africa We Want”—adopted by the African Union in 2013.

In this respect, these challenges and the approaches to tackling them in various country situations were at the heart of discussions at the Symposium on Governance for Implementing the Sustainable Development Commitments in Africa which took place in Addis Ababa, Ethiopia from December 11–13, 2017. Organized by the United Nations Department for Economic and Social Affairs (UNDESA), the United Nations Institute for Training and Research (UNITAR), the United Nations Development Programme (UNDP), the Organization de la Francophonie (OIF) and the United Nations Economic Commission for Africa (UNECA), the symposium was attended by top-level African governmental officials from ministries of Planning, Finance, Development and Poverty Eradication—the latter title being used in Namibia—in addition to representatives of African academic and training institutes.

First, the challenges were identified: lack of good governance, dwindling trust in civil service, limited capacity of the civil servants in many African countries, lack of awareness amongst the masses regarding the importance of the SDGs and their link to national development plans, and, most importantly, the lack of necessary funding. Expectedly, the challenge of lack of good governance was less emphasized by the representative government officials in attendance, who focused more on the positive achievements realized by their respective countries and highlighted the less tangible cultural and social challenges they face.

The discussions then revolved around ways of resolving these challenges. Several sessions were dedicated to finding the best ways possible to build the capacities of African civil servants. A task force headed by UNITAR and UNDESA was formed with the mandate of strategizing the urgent long-term actions needed for the development and capacity building of African civil servants on the implementation of SDGs, and mobilizing as well as encouraging training institutes around Africa to integrate the SDGs in their curricula. Amongst the concerns raised on the issue of civil servant training is that often after receiving the necessary training they are not sufficiently empowered to implement the needed changes in their workplaces. Other times, although they are given the necessary technical skills, there is a deep culture of “resistance to change,” which is difficult to overcome.

Successful implementation of the SDGs necessitates many prerequisites. Business as usual is not an option. According to an Overseas Development Administration (ODA) report in 2015, if we are to succeed in implementing the SDGs worldwide there need to be major changes in the way countries operate and allocate resources. If current trends continue, according to the ODA speculations in 2015, none of the goals and targets will be met. In a subsequent report by ODA in 2017, they also pointed out the need for countries to work on resolving the needed tradeoffs between the implementation of the different goals; for example, economic growth and income inequality cannot be expected to improve simultaneously; there needs to be a tradeoff. Governments will need support in resolving these key tradeoffs through access to analytical and computational tools.

Funding is key. Relying solely on ODA to enable African nations to effectively implement the SDGs is not sufficient. According to the World Bank representative there is a dire need to mobilize national public resources, and both international and local private resources, and induce them to contribute to development objectives. Research into areas where the private sector can contribute and realize profits has been conducted. One of the arguments made is that unless the private sector contributes positively to development, there may come a time when it will be unable to operate because of the lack of a viable environment.

Developing the needed institutions for implementation is also key. It is not enough to have the structures in place, but more importantly to have these structures functional. For example, establishing a ministry of education with a dismal quality of education or where educational services are not available is pointless. So is having an existing parliament that does not practice its role in holding the government accountable. This is the case sometimes with many of our so-called African institutions.

Africa is rich in its resources, but a lot still needs to be accomplished to improve the quality of life for the African citizen. Conducting a debate about the challenges to sustainable development is one step in the right direction. Let us try to be optimistic. 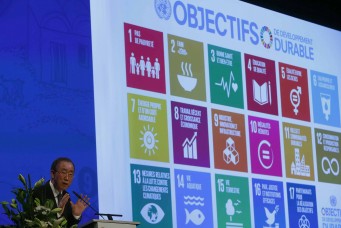 SDG 16 and the Lessons for Egypt 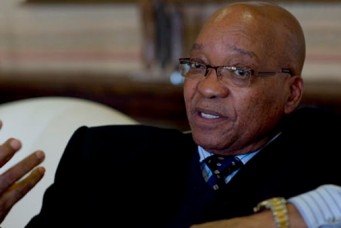