The Middle East is home to some of the hottest climates in the world and the region’s high temperatures—in some countries reaching higher than 55 Celsius—makes the region particularly vulnerable to climate change-related extreme events.

These temperatures indicate that there is no clearer evidence of global climate change than in the Middle East. For example, temperatures in Iraq are increasing two to seven times faster than the global temperature rise. The minimum temperature is rising more than 0.48–1.17 degrees Celsius per decade. This means that the mean summer temperature in Baghdad has risen from 34o C in 1986 to 51.6o C in 2021. A further mean annual temperature is projected to increase by 2 degrees Сelsius in the Iraqi capital by 2050.

As a response, young people in the Middle East are waking up to the existential threat the climate crisis poses and have increased efforts to respond to it. Actions like the recent project by the Arab Youth Climate Movement Qatar on climate education gives hope to policymakers and analysts that grassroots initiatives may galvanize the young against climate change. However, the climate movement faces limitations in a region that is beset with numerous other crises.

In a region plagued by youth unemployment and conflict, daily survival is more important to many young people than the issue of climate change. Because authoritarianism is still prevalent in the MENA region, public protests are prohibited however peaceful they may be. It is not surprising then that there are few climate protesters and even fewer marches on the streets across the region. This does not mean that youth climate activism in the Middle East does not exist. While street protests may not be common, webinars which discuss educational projects with UN partners and lobbying activities during UNFCCC Conference of Parties (COP’s) Summit are increasingly becoming essential tools for young Arabs to voice their concerns about climate issues and influence their governments and societies.

Climate education is a necessary foundation to understand and tackle the complex issue of climate change. Article 6 of the Paris Agreement calls upon providing formal and informal education and training to enable people to be part of the solution. Such educational actions can be done through preschool classes, seminars and workshops at universities and other institutions of higher learning. Upon getting such education many will become leaders with the skills, knowledge and passion to push for and develop innovative solutions.

When Qatar hosted the Middle East’s first ever UN Framework Convention on Climate Change (UNFCCC), or COP18 in Doha in 2012, world governments had an opportunity to define the way forward for climate action.

Nearing the end of COP18 many challenging political issues appeared to be unresolved with some fearing that the conference would achieve less than expected and end in collapse. Yet, at the end of the conference, attendees at COP18 were able to come to agreement on a set of decisions, called the Doha Climate Gateway.

Despite the difficulties, the Doha Climate Gateway was a silver lining for COP18. There were three main initiatives to come out of the Gateway. The first was the continuation of the 1992 Kyoto Protocol. The second major issue was finance as developing countries received promises from rich countries to put forward a number on how much they would provide toward combating climate change. The third and final development from the Gateway was compensation to vulnerable communities for the loss and damage they had incurred due to climate change.

In terms of the MENA region and young people’s engagement with climate activism, COP18 was important as it was the first time that a UN climate meeting was held in a Middle Eastern country. It was also the first time that Arab youth turned out in full force to protest against inaction by Arab leaders.

After four decades of civic quietude, Qatar saw its first youth public protests outside social media over climate change. On  December 1, 2012, about 800 people attended a climate march through Doha. Many analysts credit this event as being the first ever civil demonstration in Qatar.

While this protest had the support of the state and was, in some ways, a state-orchestrated event, it was still a symbolic moment. The protest was notable for the presence of around 100 young activists from the Arab world coming together and calling for Arab heads of state to take the lead in climate talks. This highlighted the development of an exciting step forward for Middle East youth in the climate movement.

The Summit brought together youth from every MENA country and led to the formation of the Arab Youth Climate Movement (AYCM) in cooperation with representatives from 15 countries in the region. This movement was a first of its kind and led to new and renewed climate activism and advocacy. Later, the AYCM supported the formation of more youth-led movements in many MENA countries.

In the nine years since COP18, youth activists, researchers, and entrepreneurs in the Arab world have been playing an important role in designing and driving innovative bottom-up solutions to reduce climate change impact, raising awareness, and building resilience in their communities. In Qatar, for example, the work done by the AYCM launched a new initiative called Measuring Household Carbon Footprint, which has been instrumental in implementing climate change education, awareness, and action in the Gulf country.

There have also been numerous successful green start-ups elsewhere in the Arab region. In Jordan, a new smartphone application called GreenJo has gained popularity as a way of both generating a source of income for households and protecting the environment by allowing them to sell their recyclable wastes. Meanwhile, a Saudi Arabian start-up, NOMADD, has developed a water-less robot that cleans off dust from PV panels in the desert.

The Current Scenario and the Way Forward

Regional leaders and policy-makers are exploring the potential of new zero-carbon energy sources and investing in innovative alternative energy solutions. For example, Saudi Crown Prince Mohammed bin Salman announced the Middle East Green Initiative months ahead of the COP26. This initiative outlined plans to secure $10.4 billion for an investment fund and clean energy project as part of its goal to reduce regional carbon emissions.

Knowledge is at the heart of youth-led climate action and an important success factor. Indeed, youth-source scientific knowledge builds advocacy narratives and design interventions that address climate change. The young also generate climate-related knowledge in the form of academic and non-academic material, for example the youth organizations like YOUNGO—which is the UNFCCC (United Nations Framework Convention on Climate Change) constituency of Youth Non-Governmental Organizations and Environment Association from the Arab region—are helping produce educational and climate change related studies, newsletters and whitepapers. Finally, many young people are supporting awareness-raising campaigns on digital and social media platforms.

Successful climate response public policy in the Middle East requires interdisciplinary and transdisciplinary approaches from a professionally diverse group of experts. Many of these experts need to be from the energy sector, the world of finance and engineering firms. Educators in these fields must strive to support young people who are addressing climate change in the region.

The MENA region’s youth are now more resolute than ever that the UN’s Global Goals are the only way forward—and insist that these goals are the best roadmap for a more equitable, just, and sustainable future. MENA regional countries need to engage in climate action by improving technical capacity in the region, increase awareness, and facilitate the sharing of knowledge by taking youth perspectives into consideration and future generations.

Young people have an increasingly strong social and environmental awareness mixed with the energy and knowledge to lead their countries toward a low carbon and climate resilient future. Therefore, they should be given a chance to take an active part in decision-making at local, national, and global levels. Young leaders can support initiatives that will bring about far-reaching legislation. The effective engagement and participation of Arab youth in climate action and related decision-making depends on the young’s ability to access and disseminate relevant climate knowledge. The hope is that such access to knowledge will increase more in the near future.

Today’s youth in the Arab World are the first generation to come of age amid rapid climate change and they have the most at stake in how their governments respond to this challenge. Climate change will bring economic and environmental changes as well as opportunities. Citizens who understand the issues at stake will be better prepared to respond. Society needs citizens who understand the climate issues and how to apply that knowledge in their daily lives. 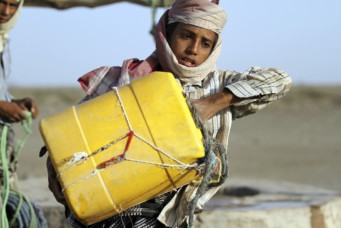 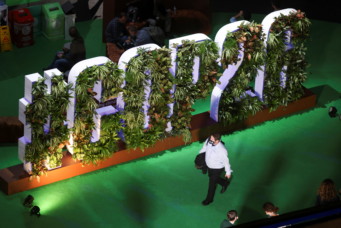 The U.N. Climate Summit and Its Aftermath 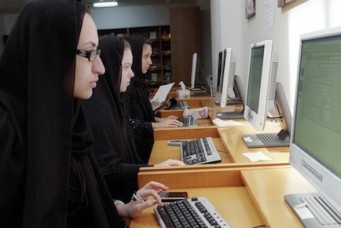