I arrived in Kabul for the first time in May 1988. The scene was strikingly beautiful: clear high-altitude air, turquoise blue skies, and snow-covered mountains in the distance. I had come to cover the Soviet army’s withdrawal from the Afghan capital after a brutal ten-year occupation. A half-hearted crowd waved paper communist flags as a long convoy of troops and armored vehicles rumbled out of the city.

Mujahideen attacks on Kabul became more frequent after the Soviet departure. In January 1991, I watched the American flag being lowered at the U.S. embassy. Washington had supported the mujahideen’s jihad against the Soviets, but Afghanistan’s descent into civil war prompted the U.S. to abandon the country. Other foreigners who chose to remain in Afghanistan—hundreds of jihadi fighters from around the world—would later haunt U.S. policy. I had met them months earlier when I visited the Arab-Afghan training camps run by Jalaluddin Haqqani, a Pashtun warlord, and his Saudi ally, Osama bin Laden. I returned often to Afghanistan, and once again to cover the American-led invasion of 2001 in response to the September 11 terrorist attacks orchestrated from the country by bin Laden and his Al-Qaeda group. After the United States diverted its attention to toppling Saddam Hussein in Iraq in 2003, the effort to rebuild Afghanistan seemed to drift.

Afghanistan is a complex country with layers of diversity, nuance and sensitivities. The astonishing resilience of Afghans has enabled them to live in constant limbo. While photographing the warlords and fighters, I also gravitated to recording how ordinary people were affected by the violence. A million or more Afghans died during the Soviet occupation; thousands more have perished since the Americans deposed the Taliban. In documenting the invasions, and the civil conflicts pitting Afghan against Afghan, I have always hoped my images would pose questions about what is being depicted and demand the viewer’s attention. In Afghanistan, this land of perpetual war, I came face to face with the fragility of the human condition.

Robert Nickelsberg was a TIME magazine contract photographer for twenty-five years and based in New Delhi from 1988 to 2000. During that time, he documented conflicts in Kashmir, Iraq, Sri Lanka, India, and Afghanistan. He is the author of Afghanistan: A Distant War. His photographs have been exhibited at the Philadelphia Museum of Art, the International Center of Photography in New York City, and the New America Foundation in New York. 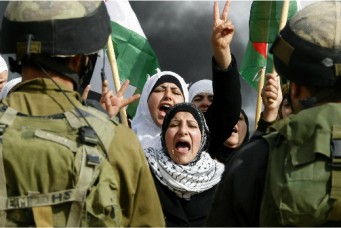 Beyond “Land for Peace” 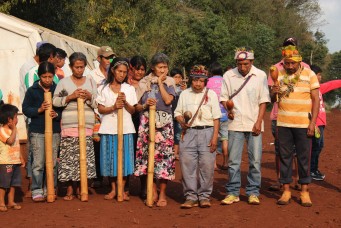