The People Reloaded: The Green Movement and the Struggle for Iran’s Future. Edited by Nader Hashemi and Danny Postel. Melville House, 2010. 462 pp.

Two questions have lingered about Iran since its pro-democracy uprising in 2009. Did the protestors intend to overthrow the Islamic Republic regime and stage a revolution? And is it true that the educated upper-middle class sided with the opposition while the rural lower class supported President Mahmoud Ahmadinejad?

The answer to both questions is: not true. Editors Danny Postel and Nader Hashemi highlight those misunderstandings in a compelling analysis of the demonstrations. A collection of essays by more than fifty authors, the book studies the historical and political roots of an event that an Iranian scholar, Hamid Dabashi, identifies as “a civil rights movement.” Dabashi believes that “the collapse of the Islamic Republic is irrelevant to this movement,” even though Iran’s activists are determined to pursue its civil liberties. The fall of the regime, Dabashi convincingly argues, will be more a result of its own internal fissures and malfunctioning.

Postel and Hashemi state in their introduction that the notion that Ahmadinejad was a hero of the masses while the Green Movement attracted the privileged elite is “a lazy distortion” accepted by many Western analysts. They quote one of their authors, Nasrin Alavi, a journalist, as saying: “A simple glance at the background of Iran’s prominent student leaders tell us that, by and large, they are not the children of affluent citizens of north Tehran, but instead come from provincial working-class families or are the children of rural school teachers and clerks.”

The book is rich in analysis of events that led to the uprising, which spanned over six months and continues to haunt the regime. The government has gone to extraordinary lengths in the past two years to quell unrest. Although the articles were written before the Arab Spring in Tunisia, Egypt, Libya, and elsewhere in the Middle East, the book could not be more timely in revealing some of the strengths and shortcomings of a movement that shook the region two years earlier. However, the articles fail to expand on one of the Iranian regime’s greatest strengths, which helps to explain why the Green Movement failed to realize the gains of Egypt’s protestors: windfall oil revenues that allow it to underwrite a loyal force for its protection. None of the pieces refers to the role of the Revolutionary Guards and the pro-government paramilitary Basij, the two powerful forces that have high stakes in maintaining the status quo.

The authors predict that the challenges facing in Iran will only continue to grow. Unemployment among the youth is on the rise; seventy percent between the ages of fifteen and twenty-nine are jobless. Dissent among women is deep. Women make up sixty-three percent of university students yet represent only twelve percent of the work force, and face daily intimidation in public and private because of a legal system that discriminates against them. Forced Islamization, notes sociologist Asef Bayat, has provoked dissent from the very first days that the clerics founded the regime in 1979.

Postel and Hashemi have included voices from inside Iran that overwhelmingly echo a desire for peaceful reform. A letter from prison by a student leader, Abdullah Momeni, who was physically and psychologically tortured for months, is a testament showing that activists are still determined to pursue non-violent options. In the letter, Momeni refers to himself as a student activist who wishes to bring more political freedom and civil rights through “constructive criticism.”

Yet the authors do not dismiss the possibility of a full-scale revolution in the future, if the regime continues to rule with an iron fist. The demands of the protesters quickly evolved from merely the nullification of the votes to calls for greater civil liberties. As Bayat concludes, today most of the protesters clearly want reform, not a revolution; but the regime might yet turn reformers into revolutionaries.

Galal Amin: The People vs. the Army 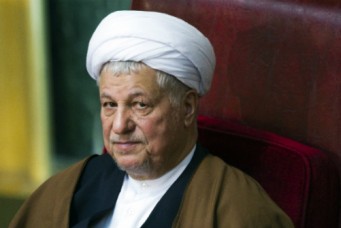 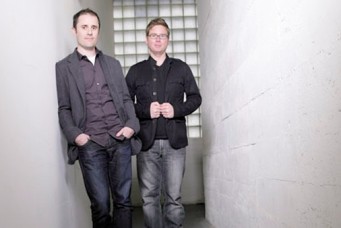