A few months ago, Mada Masr published an investigative story headlined “Sinai: States of Fear.” Reported from El-Arish in the Sinai Peninsula, the article slammed Islamist militants for bloody killings but also called out the Egyptian military’s violent repression in the area. It was a critical piece of journalism that is rare in Egypt these days. Most media outlets are extremely reluctant to take on President Abdel Fatah El-Sisi’s government.

Pushing the boundaries isn’t unusual for one of the article’s co-authors, Lina Attalah, 32, a 2004 journalism and mass communications graduate from the American University in Cairo (AUC). In 2013, she led a group of young journalists out of the troubled Egypt Independent. The new owners of flagship Al-Masry Al-Youm closed its English-language offshoot out of financial considerations, but apparently there were political considerations, too; the new owners, many felt, would not support the paper’s critical coverage of the government. Attalah and her former colleagues established Mada Masr (which roughly translates as “spanning Egypt”) as a progressive online news organization publishing in Arabic and English. Attalah has steered Mada Masr’s coverage through tumultuous times: the popular uprising against Islamist President Mohammed Morsi, the military’s overthrow of Morsi and subsequent violent crackdown on Muslim Brotherhood protesters, and the spread of terrorist violence in the country. Attalah has also braved a climate of fear and repression that shows little sign of lifting—according to the Committee to Protect Journalists, at least eighteen journalists were imprisoned in Egypt as of June 2015.

Mada Masr’s coverage pushes against the shrinking space for political debate in the country. Examples of such reporting include Attalah’s recent interview with Gasser Abdel Razek, executive director of the Egyptian Initiative for Personal Rights, who spoke out against the government’s efforts to restrict non-governmental organizations and civil society. A Mada Masr article in April entitled “Military and Police Clashes: More than Personal Conflicts” reported on the tensions between two branches of Egypt’s powerful security establishment. A lengthy profile of Mada Masr in the Guardianlast January declared that it was almost singlehandedly “keeping press freedom alive” in Egypt.

Speaking with me at Mada Masr’s office, located by the Nile in central Cairo, Attalah is focused on the publication’s future: she is looking to grow Mada Masr—born “out of crisis and inevitability,” according to its own website—into a sustainable media collective. “Mada is an experiment in doing a different kind of journalism, and definitely an experiment in institution building and collaborative work,” Attalah explains.

Mada Masr is owned by its founding twenty-three journalists. The team is still developing a governance model that balances practicality with power sharing, where everyone is involved in major decisions. Though Mada Masr has experimented with group editing, Attalah says that the editorial process is nonetheless “conventional, quite hierarchical.”

Attalah overcame her parents’ objections and left Egypt at the age of 14 to take up a scholarship at the United World College, near Trieste on Italy’s Adriatic coast, an international prep school known for its nonconformist and egalitarian ethos. But she says that it was only when she returned to Egypt to study at AUC that she began to think politically and pursue a profession in writing. AUC students led a demonstration against the Iraq War and occupied Tahrir Square for a day in March 2003. Attalah considers the protest and the ensuing clashes with police, when students broke through the university gates leading into the square, as a formative experience. Many within her tight circle of writers and activists look back on the antiwar movement of the time as heralding a new era of activism that culminated in the January 25 Revolution eight years later.

As Mada Masr’s chief, Attalah faces twin challenges—producing quality progressive journalism in a repressive security environment, and staying afloat financially. “Journalism is a form of activism in the context where we work,” she explains. Recognizing the pitfalls, however, she adds, “The problem can be when your activism is translated into a particular ideological position. This is where lines have to be drawn.” One of Mada Masr’s new editorial initiatives is to create networks of citizen journalists to bring in more local reporting—and readers—throughout Egypt’s governorates.

Attalah is protective of Mada Masr’s independence. She has appealed for funds from small investors rather than larger ones who might try to control the editorial direction. The business model has not been too successful thus far; Mada Masr has yet to attract any investors. Meanwhile, the start-up is trying some creative approaches to raise its profile, and cash. One of these is Mada Market, a pop-up marketplace launched in April featuring trendy designers and urban crafts. Attalah’s close attention to building a new business model may be a reflection of the lull in noisy political activism that began with the return to military rule in 2013 and El-Sisi’s election a year later. “There seems to be a lot of political disengagement right now,” says Attalah. “But what happened during the revolution—it’s still there, it hasn’t completely gone away.” 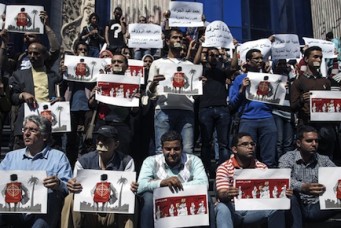 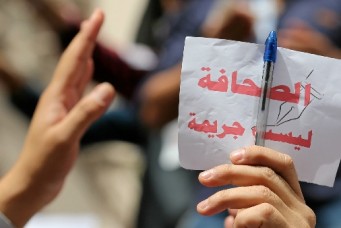 Fear and the Egyptian State

Toward an Egyptian Open Society