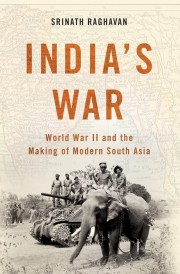 The tombstones in El-Alamein cemetery, the site of a pivotal battle between British forces and the Axis powers for control over North Africa, have recorded the far reach of World War II: Krishna Magdum, of the Royal Bombay Sappers and Miners service. Baz Khan, from the 10th Baluch Regiment. Rachan Singh, from the Royal Indian Artillery. Nearly three thousand soldiers from pre-partition India rest in Egyptian cemeteries. In British Commonwealth cemeteries around the world, Indian soldiers number 87,029. Indians had fought in World War I as well, but by the second war they had become one of Britain’s most valuable military resources.

Collective memory of World War II is guided by a few significant dates—the Nazi occupation of Paris, Japan’s attack on Pearl Harbor, the U.S. nuclear attacks on Nagasaki and Hiroshima. Seemingly separate is another timeline, that of decolonization and the violence around it. The landmarks of India’s own struggle for independence from Britain after some two hundred years, and its ultimate partition in 1947, are on the margins away from the epicenter of the war. But authors on India’s role in World War II are forcing us to shift our gaze. The stories they describe suggest that India’s independence would not have materialized when it did if the war in Europe had not unfolded as it did—and perhaps the Allies would not have won that war in Europe without the promise of freedom for India.

India’s War by Srinath Raghavan is the latest in such scholarship. Meticulously researched, Raghavan’s 592-page book uses letters, government documents, recorded conversations, and figures, to outline the war’s span and human impact. In 1939, at the start of the war, the Indian army comprised 194,373 troops; by 1945, troop levels had risen to 2,065,554. These startling numbers bookend an oft-forgotten narrative of the war that Raghavan carefully outlines here: Britain’s request and recruitment of Indian troops to save the empire, the many international fronts the army defended, and the groundwork for India’s own independence movement.

Repeatedly, Raghavan calls attention to the gross ironies of India’s role in the war, starting in 1939, when Lord Linlithgow, the viceroy of India, announced Britain’s declaration of war. “I am confident that India will make her contribution on the side of human freedom as against the rule of force,” he said on All India Radio. Britain was asking Indians to die for human freedom while denying them the very same. Two years after the war started, an Indian villager was asked if he had heard of Adolf Hitler. He replied no, and then added that Hitler was probably the town’s new accountant. In another episode a young Indian soldier, in a letter home, describes seeing a wounded Italian solider on the road. “I had no enemies, so I helped him and moved away,” he says simply.

This was not India’s war as it was Europe’s, and yet, Indians died in the tens of thousands. While Britain battled to prop up the Raj, Indians were defending crucial international links to maintain the rest of the empire. Their defense forces stretched from Libya to the Suez Canal zone, Iraq, Iran and the Persian Gulf, and as far east as Burma and Singapore. Indian men fought in the treacherous western deserts of Egypt and then the treacherous jungles of Southeast Asia. The campaign in the east was particularly harrowing. At Singapore’s surrender in 1942, Japan took 65,000 Indians as prisoners of war. After Rangoon fell to Japan, tens of thousands of Indians who had been living there fled back to India; as Raghavan writes, fifty thousand Indians may have died along the way.

Beyond the manpower, what made World War II “India’s War” was how it was used in political calculations on the ground. Germany and Japan’s aggressive reach changed the world’s status quo, shifted centers of power, and thereby Britain’s hold on its colonies. That resulted in other quirks of fate on the political stage. For example, one of the leaders of the Indian nationalist movement, Subhas Chandra Bose, visited Hitler to secure his support for the cause (the führer ultimately said the timing wasn’t right for India’s freedom). Another, more tragic quirk was that Indian soldiers who had broken off and joined the Indian National Army established by Bose under the tutelage of Germany and Japan fought fellow Indians who served the British. Here is where non-Western histories like Raghavan’s are crucial in serving to challenge the idealism often associated with narratives of this war. In the Subcontinent, “human freedom” was less a matter of principles than it was of timing and political expediency: Britain conceded it needed Indian support and had to agree—in some capacity—to its independence. Later, the United States decided India’s sovereignty would serve its postwar interests. At the European center of war, patriotism and idealism helped drive popular support, but as Raghavan points out, on the Allies’ international war fronts there seemed to be little glory.

As a political scientist, Raghavan shines in his ability to use numbers to give shape to a chaotic period: the cotton industry, the number of bank accounts, the shifting proportion of British officers to Indian soldiers, how many soldiers came from what province, how many perished in these various campaigns. The aerial view he offers of India’s spread in the war fascinates with its sheer information. But while Raghavan communicates the tragedy of this war for the country, another book on the period, Farthest Field by Raghu Karnad, communicates the tragedy for Indians. While Raghavan provides an academic summary of the war’s effects on India, Karnad offers a narrative look at the cost to India’s spirit. His historical memoir follows the stories of three Indian soldiers—Karnad’s own grandfather, Ganny, and his two brothers-in-law, Bobby and Manek—as they enlist in the army under the Raj and travel to the far throes of battle.

The stories, stitched together from family letters, interviews with surviving veterans, and research, home in on the motivations to enlist, the fear of fighting, the harrowing experience of wartime life, and perhaps most illuminating, the moral ambiguity of the fight. Those ironies of war that Raghavan describes—Indians fighting against Indians, for example—become tragic in Karnad’s rendering. Towards the end of the war, with so much lost, the Indian soldier was without a familiar home and without a future he could see, relying for only so long on faulty heroism to carry him forward:

Their combat through the sacred cities of Western civilization made Bobby’s army look like ants disputing anthills. Second Field Company had been ordered all around the weedy edge of the Empire, farm boys toiling from acre to distant acre, until they reached here, the final field but one. . . .
When the slaughter of Whites by Whites was over, who among them would remember the Black men they sent running and shooting in the jungle? The Empire was ending and they were too late to find a place in that epic. In India how many would know, as Bobby did, the cost of boys’ lives? A new nation was forming, and they were too early to belong in its story. Those who had fallen like Manek and Ganny had fallen in the middle, and Bobby felt himself wanting to fall too.

It’s both poetic and instructive that for various reasons all three figures in Karnad’s book did not survive Indian independence and the ensuing partition. But the tragedy of the Indian soldier echoed loudly over the dawn of India’s next chapter.

Partition is often remembered as an inevitable culmination of longstanding religious tensions, but it was borne out of disastrous miscalculations of Britain’s struggle to maintain control in India and Indian leaders’ push for power on the eve of independence. As Raghavan writes, Winston Churchill, who delayed granting independence to India, wanted to fuel a simmering Hindu-Muslim divide in the country to maintain British control. India, after all, was so far contributing to the war effort. “If [unity] were to be brought about, the immediate result would be that the united communities would join in showing us the door,” Churchill acknowledged, adding that communal tensions were a “bulwark of British rule in India.”

Meanwhile, the war had “injected . . .uncertainties” into Indian domestic politics. One result was that Muhammad Ali Jinnah, the leader of the All India Muslim League, was galvanized to call for a separate nation for Muslims, which eventually became Pakistan. Perhaps least cited is that World War II directly influenced the logistical project of partition itself. In one of Raghavan’s most alarming findings, he describes “the districts that had higher numbers of men with combat experience saw significantly higher levels of ethnic cleansing.” The result of these factors was the severing of two (and eventually three) countries, a million people killed, fifteen million displaced, and one of the longest conflicts in modern world history.

Both Western and South Asian histories have let this chapter of India’s life gather dust. As Karnad has commented, the war offered little glory for Indians. After independence, collective memory considered soldiers to be fighting for the wrong side of history, their own oppressor. Raghavan and Karnad’s books are parts of an emerging scholarship that is trying to redeem the stories of the thousands of soldiers who died. But while these books describe a dual war, they also illuminate a dual tragedy of history. The first is the human cost of war. The other is that it is only now that a proper accounting of this important period in Indian and world war history is happening. Beyond decorated tombstones, commemorating India’s war starts by simply remembering.

Rozina Ali is on the editorial staff of the New Yorker and a contributing editor at the Cairo Review of Global Affairs, where she served as senior editor from 2013 to 2015. From 2010 to 2013, she was deputy editor for management thinking at the Economist Intelligence Unit in New York. She has contributed to Al Jazeera America, Foreign Policy, Guardian, New York Times, and Salon. On Twitter: @rozina_ali. 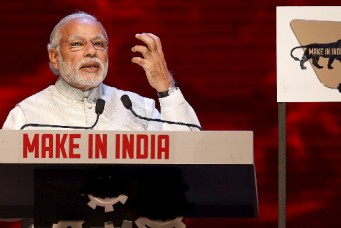 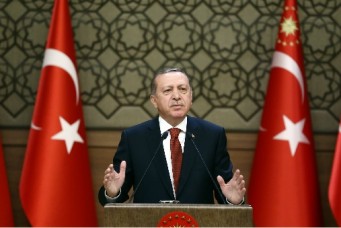 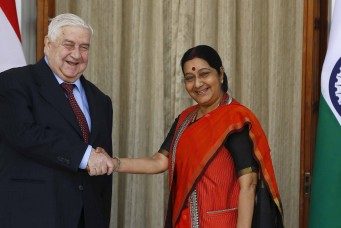