Richard Haass is a foreign policy establishment man upset with the establishment. The former head of the State Department’s Policy Planning Staff and current president of the Council on Foreign Relations laments that a decade of poor strategic choices has left the United States in an untenable position to exercise credible global leadership. Haass wants Foreign Policy Begins at Home to serve as a guidebook for righting the ship: downsizing America’s expectations for what it can do abroad while strengthening its domestic foundations so that its engagement with the world is on a sustainable, credible basis: “[T]his is a book that argues for less foreign policy of the sort the United States has been conducting and greater emphasis on domestic investment and policy reform.”

Haass begins with a whirlwind tour of the international political status quo, an overview that will be familiar to readers of Thomas Friedman or Joseph Nye. The United States remains the prime world power, but that power is more diffuse than it was after the end of the Cold War (he calls the current situation “nonpolarity”), due in part to a variety of factors: economic and technological globalization, which has facilitated the economic catch-up of several countries in the developing world; the anachronisms inherent in international institutions, which do not reflect this reality (too much Europe and not enough Asia on the UN Security Council, for example); and a decade of poor foreign policy decision-making, principally the ill-considered invasion of Iraq, and the 2009 surge in Afghanistan, which Haass argues has weakened America’s position in the world.

Haass’ way forward is what he calls his doctrine of Restoration—the first pillar of which is a reorienting of U.S. foreign policy away from the armed nation-building agenda that marked much of its post-Cold War foreign relations. The U.S. needs to downsize its ambitions and, in the case of its military, some of its budget outlays. Haass rightfully does not indulge in the excessive fearmongering of many who write about post-September 11 international politics: “Whatever challenges and threats exist (and they surely do exist) tend to be either structural—a lack of machinery and cooperation to meet the problems intrinsic to globalization—or, in one way or another, limited in their impact, including North Korea, Iran and any number of weak states, such as Pakistan.”

Haass considers and then dismisses a series of plausible alternatives. Democracy promotion risks alienating useful allies (Saudi Arabia as a regional balancer to Iran). Humanitarian intervention commits U.S. attention and resources everywhere. Counterterrorism risks imposing a fortress mentality on the U.S., both domestically and around the world. Haass is much more a fan of integration—bringing more countries into the web of international and multilateral institutions. Under such a rubric, the principal U.S. focus would not necessarily be what a particular nation does domestically, but how it behaves on the international stage.

A strategy of integration is a “compass for the long term”; before it can begin, however, the U.S. needs to pursue Restoration—a refocus on domestic issues and a realignment of strategic choices abroad. Haass sees an end to strategic preoccupation with the Middle East, especially armed intervention. He is a fan of the Obama administration’s pivot to East Asia (or, his preferred term, “rebalancing”), though he wishes there were less emphasis on its military aspects. For Haass, economic frameworks such as the Trans-Pacific Partnership are more important than additional troop deployments.

Haass’ attitude throughout the foreign policy section is similar to that of another former head of Policy Planning, writing in a previous generation about America’s propensity for biting off more than it can chew, strategically: “Let us recognize that there are problems in this world that we will not be able to solve, depths into which it will not be useful or effective for us to plunge, dilemmas in other regions of the globe that will have to find their solution without our involvement” (George F. Kennan, American Diplomacy 1900-1950, published in 1952).

Haass makes an important contribution to the national security and foreign policy discussion by tying strategic humility to refocusing on American domestic strength. For a strategy of integration to be attractive, for other countries to want to join the networks of international institutions that the United States helped to create, the U.S. needs to shore up the domestic foundations of its power. “[O]ne of the most important foreign policy strengths this country possesses,” Haass writes, “is the demonstrated success of its economy and political system.” That system has been tarnished over the past decade. America ranks low in infrastructure, education and health outcomes, and its debt and deficit are unsustainable. Five core elements could, if adopted, reverse this decline: 1) Reducing the federal deficit and the debt to GDP ratio; 2) Establishing a comprehensive energy strategy; 3) Improving education; 4) Upgrading the nation’s infrastructure; and 5) Modernizing immigration.

Unfortunately, Haass leaves his discussion of politics to last. Here his attempt to break through the Washington conventional wisdom falters. His domestic recommendations are simultaneously political, in that they represent the wish list of many political moderates, and oddly separated from politics, in that his book does not appreciate the causes of the current political stagnation nor does it envision practical steps to resolve it. Haass makes a push for a basket of bipartisan solutions that would feel just as at home in a campaign book. Some of his ideas are sensible, like private/public partnerships for infrastructure spending and comprehensive immigration reform. Others are counterproductive and potentially cruel, such as cuts to disability payments. Tellingly, his wish list fails to acknowledge that one party’s political strategy is dedicated to the gridlocked status quo, the same status quo that threatens American leadership abroad.

There are a handful of illustrative examples of this theme. The ascendant conservative wing of the Republican Party is dead set against a carbon tax—a very good Haass proposal, especially when paired with indexing the gasoline tax to inflation. Haass says he wants $3 in spending cuts for every $1 in tax increases to tackle the budget deficit and national debt; the 2012 Republican presidential candidates said they would walk away from a 10-to-1 deal—that’s how dead set they would be against tax increases. Haass criticizes the U.S. health care system for its “inadequate focus on preventive health” and its “emphasis on prolonging life where there is little reason to believe treatment will improve health.” Both of those problems are addressed by the Patient Protection and Affordable Care Act, which provides for measures to improve preventive health (free annual physicals) and promote end-of-life care. Republicans have voted to repeal the act forty times. Indeed, Haass completely fails to discuss Obamacare as part of his program to rebuild America’s foundations. A law like this, one that is due to extend health coverage to millions of Americans, allowing them to be more economically productive and happier overall, should be the cornerstone of any discussion of restoring America’s greatness. In that respect, the omission is remarkable.

Not much has occurred in the intervening two years to raise anyone’s optimism. It would be one thing if one were discussing discrete policies that people of different viewpoints could disagree on. Yet there is a clear pattern in Washington right now. On issue after issue, Republicans argue that the government’s role in the economy is illegitimate. Thomas Mann and Norman Ornstein, as respected scholars of the legislative branch as one is likely to find, famously put it this way: “[The Republican Party] is ideologically extreme; scornful of compromise; unmoved by conventional understanding of facts, evidence and science; and dismissive of the legitimacy of its political opposition.” It is hard to square this description with Haass’ call for sensible compromise and principled political leadership by both sides.

Any analysis that does not recognize the imbalance of this view will be incomplete. It will not be overcome, in the short term, by any of the recommendations Haass has put forward. That is a shame, because Haass has identified serious deficiencies in the economic and social framework of this country. His proposals are worthy of serious debate. The tragedy is that one side of the debate is dominated by members who are not interested in the give and take Haass would like to see. 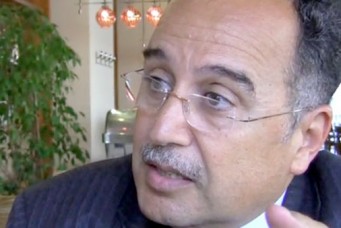 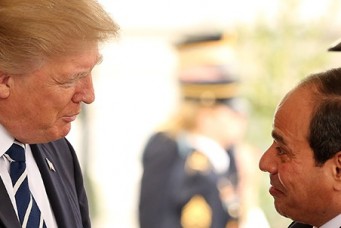 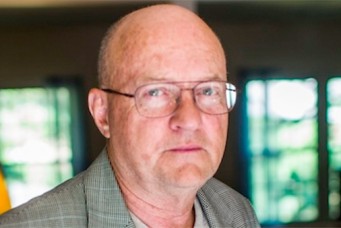