In the summer of 1947, British Prime Minister Clement Attlee of the Labour Party and Lord Louis Mountbatten, India’s last Viceroy, handed an English barrister, Cyril Radcliffe, the unenviable task of determining the precise line of Partition between the soon-to-be independent nation-states of India and Pakistan. That Radcliffe knew nothing about South Asia was considered favorable to the cause. Within six weeks of his arrival in India, the reluctant cartographer had divided the provinces of Bengal and Punjab, and returned to England. Radcliffe’s sentiments toward the land he had partitioned would be captured in a poem by W.H. Auden some twenty years later: “Return he would not / Afraid…that he might get shot.”

The carnage and mass migration that followed Partition are well known. With Jawaharlal Nehru and Muhammad Ali Jinnah at the helms of the Indian National Congress and the Muslim League, respectively, the Radcliffe Line instantiated the two-nation theory that held that Hindus and Muslims could not co-exist within the same nation-state. The extent to which these Partition plans were preordained and pursued by Jinnah and Nehru has since been increasingly questioned and debated in public discourse.

In the nearly seventy years since independence, the calculus of India-Pakistan relations has mutated to present South Asia with continuing deleterious consequences. Not least among these: the violent secession of Bangladesh in 1971; the heightening of Sunni-Shiite fratricide and persecution of Christian and Ahmadiyya communities in Pakistan; and the emergence of right-wing Hindu ‘saffron’ politics, evidenced by the demolition of the Babri Masjid in Ayodhya in 1992. Then, there is the gaping matter of Kashmir, to which India, Pakistan and China all lay claim.

Compared to the numerous scholarly works which have probed the underlying logic and price of independence in 1947, analyses of failures and successes in reciprocity between India and Pakistan, as well as proposals for roadmaps for peaceable relations, are far less in vogue or considered naïve and idealistic. Shooting for a Century: The India-Pakistan Conundrum by Stephen P. Cohen, a senior fellow at the Brookings Institution and a veteran of South Asian security studies, is an unabashed exercise in futurology. What most would refer to as ‘peace,’ Cohen adamantly terms “normalization” and, in his view, India-Pakistan antipathy threatens to surpass its centennial mark in 2047. He is quick to disclaim that he would like to be proved wrong. However, Cohen’s title is also no accident. The book is both a nod to ‘cricket diplomacy’—whereby matches between the national cricket teams of India and Pakistan are used as a crutch to calibrate relations or make public displays of political intention—as well as an indictment of its limits.

But the author is no prophet of doom. He rubbishes Samuel Huntington’s “clash of civilizations” rhetoric with respect to the India-Pakistan border, dismisses ‘dead-end’ realist tools of assumption for hypothesizing about the future and assuredly explains away the possibility of war. Indeed, he acknowledges that the Indian army has come to treat Pakistan as if it were “a buffer to a large-scale Islamic militancy” and that, by turns, Pakistan’s military dictatorships have supported militants. But his belief that all-out conflict is unthinkable is derived solely from the fact that India and Pakistan have enough nuclear weapons to annihilate each other.

The case against war is bolstered by the existence of certain groups in both India and Pakistan wanting normalization to succeed, as well as the fact that there may be future opportunities to be seized. Owing in large part to India’s history of economic protectionism, South Asia is the least economically integrated region in the world. Yet, smuggling of goods between the borders of India and Pakistan is rife. Pointing to the evidence of a black market in cattle, amounting to between $200 million and $10 billion, being tunneled at the Rajasthan-Sindh border, Cohen asks the inconvenient question: “…if illegal trade is high, can it be assumed that there is unlocked potential for trade—a signal that the countries’ economies are complementary?” The business communities of each country would undoubtedly respond in the affirmative. In 2012, the Federation of Indian Chambers of Commerce and Industry and the Confederation of Indian Industry sent trade delegations to Pakistan. Notoriously stringent India-Pakistan visa controls have since been relaxed for businessmen and further petitions are in the works.

What emerges is hypocrisy, inconsistency and self-serving behavior on both sides. But unlike some of his contemporaries, Cohen opines that the crisis in Kashmir is not a cause of these ongoing tensions but a symptom, and recognizes that there have been major attempts to foster cold peace. Most notable among these include the Liaquat-Nehru Pact of 1950 and the Gujral Doctrine set out in 1996 which shut down India’s covert operations in Pakistan and reinstituted India-Pakistan hotlines. Again, in 1999, a major breakthrough came in the form of the Lahore Pact, a bilateral declaration in which India and Pakistan pledged to avoid using their nuclear capabilities and instead work together. But for every move toward normalization, there has been an inverse that has washed it away, namely the Kargil War in 1999, which was a conventional war conflict at Kashmir’s Line of Control, and the indiscriminate Mumbai terror attacks in 2008.

Cohen’s most far-reaching analysis, however, is left till the very end and reveals the grander intentions of the book. Unsurprisingly, he deems the United States as indispensable to the alleviation of the India-Pakistan conundrum. Critics wary of Washington think tank culture will no doubt caution that Cohen’s analysis portends to be in the interest of South Asia but is in reality a veil for U.S. policy. Certainly, normalization of India-Pakistan relations would reduce China’s influence on Pakistan and, therefore, its overall clout in South Asia, which can only be an advantage for the United States. Regardless, recognizing that delays in normalization prevent the two countries from realizing enormous gains, Cohen takes aim at U.S. policy shortcomings, claiming that it is segmented and incoherent with respect to South Asia. Case in point, the U.S. departments of state and defense lack coordination in that they actively foster more than one policy toward Pakistan at a particular time, albeit through different agencies. While the White House has yet to formulate a policy for Pakistan that is not simply an extension of its Afghanistan-Pakistan policy, it also has failed to develop a framework for South Asia as a whole. Given that bureaucratic disorganization and bad policy planning are so readily attributed to emerging or liberalizing economies, Cohen’s outspokenness about U.S. policy deficiencies is refreshing. He even goes so far as to state that Pakistan’s policy has more coherence than any outsiders give it credit for.

While Cohen’s message for the years ahead is loud and clear, it is weakened by a few contextualizing omissions. For instance, given that business and trade are elaborated upon as viable means to normalization, it is interesting that the problems surrounding the division of assets and “sterling” balances of India and Pakistan at Partition are not mentioned at all. Similarly, Cohen accounts for how each country’s official histories have been peddled in their respective classrooms, thereby exacerbating the enigma of the ‘other.’ But he does not account for the role of British Empire historians and the development of British Census-taking in demographic reinforcement of communalist identities. Lastly, though formally outside the remit of his analysis, India’s borders with Bangladesh are given little mention though resolution of disputes about two enclaves caught up in the Radcliffe Line have proven equally intractable.

Yet, Cohen’s analysis comes at an opportune moment for a return to the negotiating table by two governments equipped with fresh election mandates: last year, Nawaz Sharif of the Pakistan Muslim League staged an election comeback, ousting the Pakistan People’s Party, headed by then-President Asif Ali Zardari, the widower of assassinated former Prime Minister Benazir Bhutto; and, this year, Indians will vote in a general election. As far as the United States is concerned, it cannot continue to make chimerical ultimatums or refuse to treat Pakistan with the respect it demands as a nuclear state while legitimizing India’s nuclear power by signing, as in 2005, the U.S.-India Civil Nuclear Agreement. Of course, not all is harmonious between India and the U.S., either, as the recent diplomatic standoff over the arrest and indictment of Indian diplomat, Devyani Khobragade, by authorities in New York shows. Yet if outside powers are at all to play a role in normalization, they should either refrain from playing geopolitical games or promote an overall coherent policy for South Asia. In the meantime, as Cohen advocates, top-down and bottom-up normalization actions must be advanced, both with a group of strategists on each side deciding that normalization is in their interest, as well as with the many active educators, public pressure groups, businessmen and peace groups. Cricket will continue to be played in India and Pakistan. But a rhetoric of a shared history and culture will only go so far.

Fawzia Mahmood is a writer based in London. She was previously an equity analyst for ITG, a New York-based global financial markets research firm. From 2007 to 2008, she was a rapporteur for the Watson Institute for International Studies at Brown University. On Twitter:@fawziamahmood.

Correction August 13, 2014: An earlier version of this article incorrectly referred to Asif Zardari as a former prime minister of Pakistan; he was president. 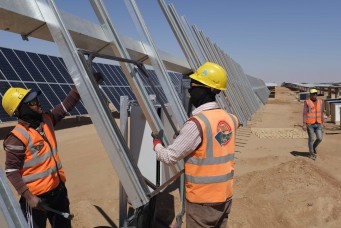 When the Shooting Stops 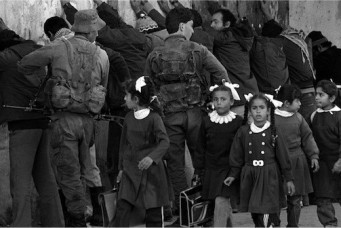 A Century’s Legacy of Conflict 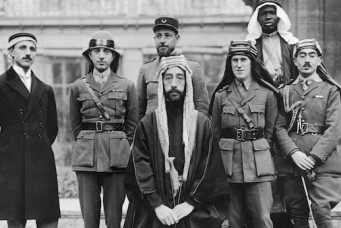