Three months after the January 25 Revolution in Egypt, President Obama’s approach to the Middle East is hopelessly adrift. He is hesitant to truly embrace the Arab freedom movements, failing to lead Israeli-Palestinian peace negotiations and lacking effective diplomacy to counter Iran’s nuclear ambitions. Two years after his ballyhooed Cairo University reach-out to the Arab and Muslim worlds, it’s clear now that he actually doesn’t get it.

We’re told that Obama intends to speak again very soon about his Middle East policies. What is needed is something that he is unlikely to deliver, especially as a politician already launching his campaign for re-election in 2012: a long-overdue revolution in America’s Middle East policies, a fitting and needed response to the revolutionary change sweeping the region.

At the U.S.-Islamic World Forum in Washington this month, Secretary of State Hillary Clinton gave a glimpse into the administration’s mindset. Her talk was reactive, uninspired. It largely consisted of warnings and worries: Can Arabs achieve political and social change? Can they reform economies that are dependent on oil and stunted by corruption? Will they respect women and minorities? Will the vacuum be filled by extremists? Essentially she was asking: Are Arabs ready for democracy?

That is the type of tired American thinking that enabled successive U.S. administrations to support Arab dictators and disregard the hopes and aspirations of the Arab people. And conspicuously absent from Clinton’s speech were any of the hard questions that the Obama administration should be asking itself: Why have America’s policies failed so miserably, and for so long, in the Middle East? Why do nine out of 10 Egyptians disapprove of Obama’s handling of the Israeli-Palestinian issue, a bellwether of Muslim attitudes toward the U.S.? What innovations in Middle East policies should be considered now, in light of the new realities?

In the Spring 2011 issue of the Cairo Review of Global Affairs, a new quarterly journal that I am editing at the American University in Cairo, articles by Shadi Hamid and William B. Quandt raise such questions and provide some answers.

In “The Struggle for Middle East Democracy,” Hamid describes how “America’s staunch support of repressive regimes, and its unwillingness to back pro-democracy movements, helps explain why the Arab world — until January 2011 — seemed immune to democratic change.” Such policies, explains Hamid, a fellow at the Brookings Institution, led to the “general sense that the West had blocked, sometimes purposefully, the natural development of an entire people and region.” It was in the absence of crucial international support, Hamid writes, that Arabs dramatically took matters into their own hands and expelled dictators from power — thus far, in Tunisia and Egypt.

In “The Israeli-Palestinian Conflict Now,” Quandt details the missteps that explain why despite lofty initial statements that raised expectations of a new and active U.S. peace policy, “Obama has little to show for his first two years of Arab-Israeli diplomacy.” An advisor in the Carter White House who was active in the successful Israeli-Egyptian peace negotiations in the late 1970s, Quandt writes that Obama has failed to embrace the necessity of forceful American diplomacy in an existential dispute where the two parties are incapable of successful direct negotiations. Moreover, Quandt says that Obama has mismanaged the task by failing to assign a primary diplomat on Arab-Israeli affairs and allowing too much confusion to reign among his policy advisors. Quandt outlines how Obama has clumsily failed in his dealings with hard-line Israeli Prime Minister Benjamin Netanyahu over Obama’s demand for a West Bank settlement freeze.

Hamid and Quandt agree that the Arab uprisings, as Quandt puts it, “should lead to a fundamental recalibration of American policies in the Middle East.” Hamid observes how “America’s unwillingness to align itself with democratic forces was not, it seemed, a matter of one president over another, but a structural problem inherent in U.S. foreign policy.” Quandt argues that while some may conclude that this is not the right time to push for Arab-Israeli peace, the uprisings actually “make it all the more important that the U.S. aligns itself with both democracy and peace in a vital part of the world.”

Those are wise words that Obama should take to heart. The risk is that this emerging Arab generation will conclude that the chasm with the West simply cannot be bridged. That, in turn, could introduce a new era of strained relations and anti-Americanism, an unnecessary and avoidable outcome. Until now, America’s policies have been rooted in the past, when the U.S. aligned itself with Arab autocrats in the Cold War struggle. This became a useful strategic arrangement that advanced America’s perceived interests — oil exports, security for Israel and opposition to radical movements.

But the dictators are falling. Arab regimes rested on untenable foundations. That is why it took a mere 18 days of protests to send Egyptian President Hosni Mubarak scurrying from power, a ruler who had held office for 30 years and became American’s closest strategic partner in the Arab world. The revolutionary change now needed must rest on the establishment of solid, respectful and lasting relations with the people of the Middle East and through their democratically elected governments.

To accomplish this, it is imperative that Obama live up to his words of supporting freedom, dignity and opportunity for the people of the region. No longer can it just be empty talk. The U.S. must hold remaining Arab autocrats and transitional structures to account. It should cease all practices that directly or indirectly assist Arab rulers in the suppression of their people. Israel, too, should be held to the standard; the U.S. must end its limitless tolerance for Israeli violations of international norms, and forcefully promote an Israeli-Palestinian peace agreement that provides freedom, dignity and opportunity — and justice — to the Palestinian people.

Because the Beltway “Middle East experts” are themselves stuck in the past, promoting failed policies in one administration after another, it will probably require new experts with fresh outlooks to develop the new policies. Clinton should have gotten that message loud and clear when she visited Cairo after the Tahrir revolution and was embarrassingly snubbed by the same youth leaders that Obama had compared (note: only after Mubarak was toppled) to Gandhi and King. The January 25 Revolution Youth Coalition refused to meet with the American secretary of state because of Washington’s longstanding support of Mubarak and because of Obama’s hesitancy to embrace the Egyptian democratic uprising that would leave 846 protesters dead.

Truly upholding American values will bring honor and strength to U.S. relations with the Middle East. In the immediate term, it will provide sustenance to those who are struggling to achieve a democratic and peaceful future for the region. As Muslim Brotherhood spokesman Essam El-Erian told the Cairo Review 10 days after the fall of Mubarak: “We can be friends, the people of America, people of Egypt, Arab people, Muslims. This is a moment of truth. I hope we can discover ourselves, all of us.” 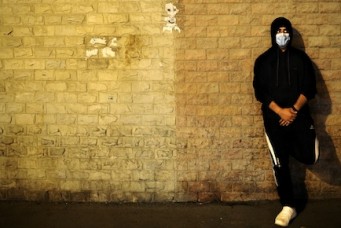 Year Four of the Arab Awakening