The conduct of peaceful and free elections for a constituent assembly to draft a new constitution in Tunisia presents an impressive model for other Arab countries undergoing transition. The strong performance of the Islamist Ennahda party, coupled with its declared preference to form a coalition with one of the two center-left secular parties that also performed well in last month’s elections, the Congress for the Republic and Ettakatol, promise that the political process in the coming period will be characterized by constructive dialogue, a high level of consensus-seeking, and the emergence of credible multiparty politics.

This preliminary outcome will have a crucial impact on the shape of future civil-military  relations in Tunisia. A divided political arena at war between Islamists and secularists, democratic forces and “old regime” remnants, al-fulul, or proponents and opponents of neoliberal market economics would have seriously undermined prospects for strong civilian government and invited continued military stewardship, if not outright control. After all, in the early aftermath of the revolution there were calls for the army to play a greater role in stabilizing the country; such calls could re-emerge if political and socioeconomic conditions deteriorate.

Indeed, the welcome success of the constituent assembly elections should not obscure the challenges ahead. The networks of elite interests that connected elements of the business class and the security establishment with the old regime—centered on the presidency and extending downward through the now-dissolved Constitutional Democratic Rally and the agencies of central and local government—have not been completely dismantled, and retain a significant ability to reform and influence transitional politics. Economic conditions are worsening, especially among social sectors already affected by poverty, unemployment, and marginalization, and could deepen ideological divisions and erode faith in the new democratic politics.

Even if these trends do not appear, or prove insufficient to generate severe insecurity or societal polarization, the army will almost certainly maintain its role as guarantor of continued political transition: first through the conclusion and ratification of the constitutional process and then through the conduct of eventual parliamentary and presidential elections. The question is: will it then finally return to its former position as “la grande muette” (al-samet al-kabir) or “la grande dormante” (al-na’em al-kabir) as it was often labeled, or will it renegotiate its political role and usher in a new civil-military relationship?

The new civil-military relationship will be shaped by two main factors. On the one hand, the Tunisian army stands out among Arab armies in terms of the professional formation of its officers and its adherence to the republican system, in particular the constitutional order and the pre-eminence of civilian control. The army is by nature non-interventionist and consequently ready to adapt to democratic politics. The widespread approval it gained by easing Ben Ali out of office, coupled with the relatively peaceful and brief nature of the revolution and the positive beginning of the new constitutional process, reinforce the civilians in the new equation and increase the likelihood that the army will relinquish its current political oversight role.

On the other hand, the Tunisian army appears to be heading toward resolving the problem of “secularism versus Islam” that for many years complicated civil-military relations in neighboring Algeria and in Egypt, not to mention Turkey, which despite being a non-Arab country is held up as a possible model. The Tunisian army has always prided itself as the guardian of a specifically republican political and constitutional order in the full sense that republicanism is understood in France — in other words a specifically secular order. However, Tunisian officers who now assert that the army will enshrine its role as guarantor of the democratic system are indicating a subtle but significant shift: Tunisian republicanism will continue to uphold the values of liberty, brotherhood, and equality, but it will add religion, reflecting a willingness to coexist with the social and political realities of the country.

The fact that the promised parliamentary and presidential elections have not yet been scheduled highlights the importance of the constituent assembly that will formally define the responsibilities and entitlements of the army. The army will for this reason claim its “natural place” in the national dialogue and engage in one way or another in the constituent assembly’s discussions. The result will almost certainly alter the civil-military relationship first set in place by Habib Bourguiba in 1963 and maintained by his successor Zine El-Abidine Ben Ali that ensured the army’s total exclusion from national politics and its complete marginalization in policy debates.

The emergence of multiparty politics and an empowered parliament means that civilian control and oversight will be strengthened, but the army will seek a constitutional right to offer guidance in major policy debates affecting the national interest and security from now on. Whether this takes the form of a national security council (comprising the president, prime minister, key cabinet ministers, and the army commander) or of a professional staff attached to the office of the president and/or the prime minister, the important point is that this role will be routinized and formalized. The soldiers will return to the barracks, once they have the agreement of Tunisia’s new civilian leaders to this new arrangement. The latter will probably regard this as a necessary compromise, possibly even a welcome one, in the interest of maintaining stability and social peace and of consolidating new democratic structures.

Yezid Sayigh is a senior associate at the Carnegie Middle East Center.

Lessons from the Historic Tunisian Elections 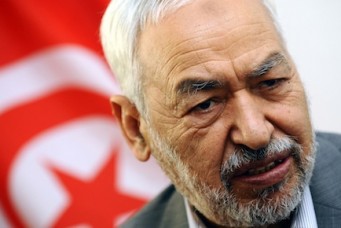 The Egyptian Political System in Disaray