Amid concerns about more U.S. sanctions, Iranian President Hassan Rouhani is striving to beef up public confidence before May’s presidential elections by highlighting economic achievements like decreased inflation. Yet despite signs of strong growth last year, the country’s ailing banking system is slow to recover. In the meantime, the limited availability of credit in turn is mitigating the effect GDP growth has had on job creation. In summer 2016, unemployment rose to 12.7 percent, up from 12.2 percent in the spring and 11 percent in 2015.

Over the past year, increased oil revenues boosted GDP growth despite the sluggish performance of other sectors. On December 5, Mohammad Bagher Nobakht, the head of Iran’s Planning and Budget Organization, announced that the Iranian government is forecasting a 7.7 percent annual growth rate in 2017—a slight increase from the 7.4 percent achieved in the first half of 2016—with the inflation rate projected to fall to 7.6 percent. However, Iran will not be able to sustain such high growth for long. In December 2016, the International Monetary Fund (IMF) projected growth to drop to 3.5 percent in 2017-18 as oil production levels out, noting that non-oil sector growth remains modest. So Iran is seeking to diversify its economy by attracting some of the foreign direct investment (FDI) flowing to the Gulf region.

However, Iran still lacks a well-functioning banking sector that enables it to absorb massive FDI to help diversify the economy. The country is still trying to reform its banking sector after years of unhealthy practices under the Ahmadinejad administration. To increase financial transparency, Rouhani’s government aims to expand the Central Bank’s independence and adhere to the Financial Action Task Force (FATF) standards against money laundering and terrorist financing. Both areas reflect underlying conflicts of interest between the government and state-linked powers like the Islamic Revolutionary Guard Corps (IRGC) and bonyads (state-operated religious foundations) that have an influential stake in the economy.

To pursue these goals, the Central Bank of Iran (CBI) is seeking to increase regulatory stranglehold over the sector. In July 2016, the CBI presented a pair of draft bills to the government on banking reform; when the government failed to present them to the parliament because of internal disagreements, parliament decided to debate its own version. Among other amendments, the bills increase the authority of the CBI to collect data on transactions and assist banks with bankruptcy or restructuring. This will enable the CBI to more efficiently supervise the long-awaited introduction of the Basel III regulations, an international set of measures that aim to guarantee banks’ capital resilience and transparency. The bills also include provisions to increase the CBI’s own accountability and transparency, while also ensuring that its activities remain compliant with Sharia.

If successfully passed, potentially by summer 2017, the bills could also serve two important purposes. First, the laws will increase transparency within the banking sector, which would enable the CBI to more closely monitor interest rates that banks offer, as the latter frequently violate the rates set by the CBI to compete for deposits. During the past couple of years, CBI has set high interest rates on depositing and lending, helping drive inflation down from more than 40 percent when Rouhani took office in August 2013 to 8.9 percent in the beginning of 2016. However, these high interest rates contributed to a recession in the economy. Feeling it was safe to cut rates without sending inflation soaring again, the CBI began to cut the interest rate ceiling from 22 to 20 percent in April 2015, then to 18 percent in February 2016 and 15 percent in June. Greater financial transparency and increased regulatory (and supervisory) authority will enable the CBI to limit banks’ manipulation of the decreed interest rates.

Second, the bills could serve a sensitive but important political purpose. In March 2016, parliament passed a separate anti-money laundering and counter-terrorist financing (AML/CFT) law to make the banking sector more compliant with the FATF standards. The aim was to rebrand Iran’s banks, reintegrate them into the global banking system, and attract investment. Nevertheless, this law caused uproar in September, when Bank Mellat and Bank Sepah, two of Iran’s largest banks, allegedly declined to serve an IRGC-linked subsidiary that had been sanctioned by the United States, later receiving a green light from the CBI to resume their transactions. Greater authority for the CBI under the proposed bills might enable it to push for further discipline in the sector.

However, this does not mean that the CBI will necessarily encourage banks to isolate E.U. or U.S.-sanctioned entities as per the FATF standards. Indeed, if not carefully calibrated, attempting to pressure sanctioned entities can dangerously backfire on Rouhani. Full implementation could, for example, disrupt funding for IRGC enterprises, upsetting their rumored agreement with Rouhani to back away from larger sectors like petrochemicals and finance in exchange for greater freedom to expand into rural development. But if Iran does not fully implement the action plan before June 2017, the FATF will re-impose countermeasures against the country’s banking sector.

If the Rouhani administration can find the right political balance on these reforms, Iran’s banking sector may be able to provide enough loans, especially to small and medium enterprises that can create jobs and reduce unemployment. In the meantime, the inability to generate employment despite relatively low population growth poses a potential political challenge for President Rouhani ahead of May 2017’s presidential elections. Polls conducted in December 2016 indicate decreased public confidence in his administration. This is already forcing his administration to back-pedal on its previous policy to reduce budgetary reliance on oil revenues.

Tamer Badawi is a researcher specializing in the political economy of the Middle East with a focus on Iran. On Twitter: @TamerBadawi1. 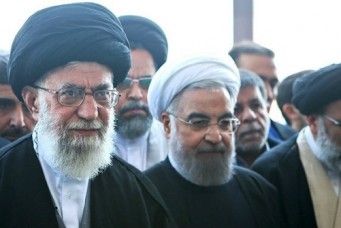 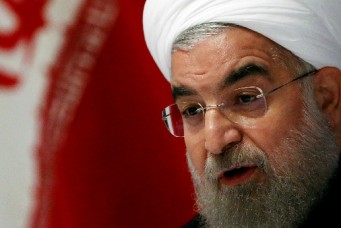