The dramatic events in Egypt over the past few days following President Mohammad Morsi’s unilateral decree giving him unchallenged political authority should not surprise or frighten anyone. In fact, the continuing developments can be seen as a positive stage in the country’s historic political transition from autocracy to democracy. We are witnessing now the first serious move by several important sectors of governance and political society to affirm their influence, and start to shape a checks-and-balances foundation for the democratic transition that remains to be completed.

Egypt’s democratic political development is less tidy than Canada’s or Sweden’s. It has been clear since the first parliamentary elections last year that five branches of government now prevail in Egypt, and they need time to shape their relationships: the presidency, judiciary, parliament, military (SCAF) and citizens in the street (Tahrir Square). Slowly but surely, the powers of each of these five parties are being defined and exercised. Historically, the military and presidency held the most power. Today, a shift is underway that sees the presidency and Tahrir Square being the most powerful in the short run, but with a clear mandate for the judiciary to safeguard civilian authority and oversee the whole process of change. This will evolve again when the constitution is promulgated and parliament elected in the coming months.

So the most important aspects of this week’s developments, to my mind, are the assertion of the role of the judiciary, and the first serious move by secular liberal and opposition forces to come together into an alliance that could challenge the dominance of the Muslim Brotherhood and their Salafist colleagues. The rapid establishment of a protest tent camp in Tahrir Square by assorted populist forces and demonstrations against Morsi’s decree across the country are an important reminder of the single most significant development that happened during the overthrow of the former Mubarak regime and the assumption of presidential powers by Morsi: The political legitimacy of the ruling civil powers in Egypt is now grounded in populist consent, now represented by demonstrators in Tahrir Square.

Morsi acknowledged this when he symbolically took his oath of office before a large crowd of ordinary Egyptians in Tahrir Square last June, before he was formally sworn in before the Constitutional Court, with the then-ruling Supreme Council of the Armed Forces (SCAF) holding real power in the background. Morsi’s message to the citizenry in Tahrir Square was that political power and authority are vested in the people. Today, he has to answer to the same Tahrir Square that challenges the legality and wisdom of his unilateral decree placing himself and his decisions above the authority of the judicial system.

It was inevitable that his move would elicit the strong responses it did from opposition forces that have long feared that the Muslim Brotherhood would eventually make a power grab and try to install itself as permanent ruler in the country. It is not clear to me that this is what Morsi was trying to do with his decree last week. In the face of the swift and robust pushback he received from many Egyptians, he started back-peddling by saying that his judicial immunity only refers to his moves to safeguard the ongoing process by which a council of selected Egyptians is debating and writing a new constitution.

That in itself has been a drawn out and messy process, and another arena where non-Islamist political forces are pushing back against what they feel is a constitutional development mechanism that is dominated by Islamists. It is at a critical stage now where dozens of non-Islamists have resigned from the constitutional council, which throws the process into jeopardy because of — once again, the mighty new beast rears its beautiful head — the need to be sure that any major political development on the road from autocracy to democracy is anchored in populist legitimacy.

The constitutional process is critical because it will define how the foundational authority and legitimacy of crowds in the streets are translated into an orderly political process, and because it assumes greater representational significance in the current absence of an elected parliament.

Neither Morsi’s power grab nor the swift push-back by opposition forces are a surprise. We have seen similar push-backs against other looming single powers in Egypt in the past 22 months — against SCAF when it assumed unilateral powers for itself last summer, just before Morsi’s inauguration; against assorted Islamists who appeared to be gaining disproportionate power after the parliamentary elections last year; and against the old guard of Mubarak supporters who seemed to make a run for power in the presidential run-off election this summer. Now Morsi is learning the same lesson — that political authority in Egypt today cannot be monopolized by any one faction, but must be subjected to the validation and the checks-and-balances of democratic pluralism that are anchored in the principle of the consent of the governed.

The Arab citizen who was born in Tunisia and Egypt nearly two years ago is now an adolescent child, still growing awkwardly but steadily towards adulthood.

Amateurs Take Over in Egypt 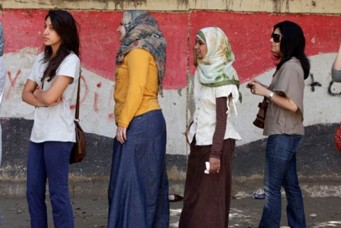