Egyptians today are engaged in a vigorous discussion over the political future of the country. This is a healthy and vitally important debate, and I am confident that it will result in a democratic Egypt that protects human rights and helps address its citizens’ needs.  However, we know from experience that successful democratic transitions not only rely on political reform, but also depend on broadening economic opportunity.

Egypt’s mix of geography, population, and resources makes it a natural hub for regional trade and commerce.  A study released by Citibank earlier this year suggested that if Egypt strengthens its democratic and its economic institutions and embraces economic modernization, it could be one of the top ten economies of the world within a generation.  Egypt has all the conditions for economic success:  a sizable domestic market, good demographics, a young labor force, and a first-rate and imaginative business community.

But the challenge is to move forward during one of the worst global economic periods in recent history.  Egypt will need a determined focus on jobs and its economy to reignite economic growth and to create opportunities for young people.  The gaps between available jobs, and skills and the large number of young people without meaningful employment were serious issues even before January 25 — but since then, Egypt’s economic situation has deteriorated.

I often hear debates about the political future of this country, but  less often do I hear discussion about the critical fixes that need to accompany Egypt’s economic transformation – delivering to the Egyptian people a strong economy to accompany its new government. In order to develop Egypt’s economy, there are four key areas in which the United States can work in partnership with Egypt to support the private sector here: Access to capital, Worker skills, Regulatory reform, More open markets.

The key to job creation in any country has always been growth in the small and medium enterprise sector.   A crucial aspect of this is helping small businesses transition from the informal economy to the formal economy, helping them gain access to new markets, and strengthening linkages between big business and small business suppliers.

The first of these is access to capital, since the ability to borrow money to finance expansion is critical to small- and medium-sized businesses.  One tool we can use to mobilize Egyptian capital to support small business is a $250 million dollar U.S. Overseas Private Investment Corporation (OPIC) loan guarantee facility which, over a ten year period, will make available up to $700 million dollars in lending to small businesses and support over 50,000 new Egyptian jobs.

In a globalizing economy, we all know that if Egypt is to develop more quickly, governments can support the private sector in the development of workers’ skills.   As part of this initiative, we are refocusing our U.S. sponsored education programs worldwide.   While there is still a desperate need for basic education, particularly for girls, this does not really play to America’s comparative advantage.   We excel in training in the sciences, business, and economics and the development of specific skills that are needed in the modern labor force.  This is the focus we hope to bring to our projects in Egypt.   Despite high unemployment and underemployment, there are many jobs available that are going unfilled.  Significant job training and retraining programs are needed to improve productivity and address Egypt’s mismatch between worker skills and private sector needs.

Most Egyptians agree, along with anyone who has tried to do business in Egypt, on the need for the third critical element, more intense regulatory and legal reform.  Egypt has made remarkable advances in the World Bank’s global “Doing Business” index, leapfrogging past more than 70 countries in this annual benchmarking of the business environment  more than 180 countries around the world. But businessmen and women have told me repeatedly that a bankruptcy law, employment reform and improved anti-trust and anti-corruption laws are needed to improve the business environment.    No less important are the efficiencies and confidence inspired when governments take steps to reduce corruption. Anti-corruption is an issue that many Egyptians feel needs urgent attention – further empowering prosecutions of people engaged in corrupt practices would give a huge boost of confidence to investors and to ordinary people that the results of their work will not be stolen.

Finally, governments can support the private sector by assuring greater access to markets.  Ultimately, growth in Egypt will be led by the private sector’s ability to find new markets for Egyptian products through more foreign trade and investment. Today, emerging market countries like Egypt cannot be successful without finding opportunities to sell in global markets.   And the United States and other mature economies cannot be successful without exporting to emerging markets, many if not most of which are growing faster than we are and are likely to take the lead in the world economy during the next generation.   Looking around the world at economically successful countries like Brazil and India it is clear that reasoned and deliberate integration into the global marketplace can help strengthen Egypt’s position.  A democratic Egypt that protects the rights of its citizens and businesses will become a powerhouse in global markets.

The United States will do all it can to help Egypt realize greater global market integration. In the areas areas of access to capital, worker skills, regulatory reform, and access to markets, our U.S.-Egypt partnership can provide impetus to the Egyptian private sector and expand economic opportunities.  As Egypt continues its transition to democracy, I believe a focus on these four areas will help Egypt jumpstart its economic growth, develop into a center of global trade, and, most importantly, expand economic opportunities and jobs for Americans and Egyptians. The United States is committed to development of Egypt’s private sector and to Egypt’s reaching its enormous economic potential – building along the way a foundation for a partnership with the new democratic Egypt.

Anne W. Patterson is the United States Ambassador to Egypt. This essay is based on her September 15, 2011 remarks to the American Chamber of Commerce in Egypt. 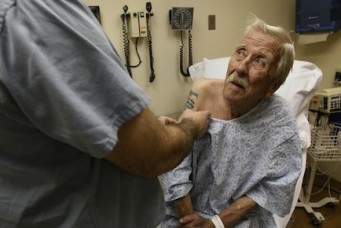 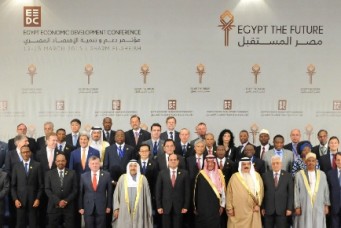