Having lived in Washington for almost four decades, I thought I was beyond becoming outraged by politicians who made bizarre claims that distorted history and/or logic. This week’s Republican debate, however, featured a number of whoppers that left my blood boiling. Unfortunately, they never received the media scrutiny they deserved because an examination of the debate was soon overshadowed wall-to-wall coverage of a bigoted question Donald Trump was asked by a supporter at a New Hampshire rally.

The question was, in fact, outrageous: “We have a problem in this country. It’s called Muslims. We know our current president is one. You know he’s not even American… we have training camps growing where they want to kill us… my question. When can we get rid of them?”

And Trump’s non-answer was, in fact, unsettling: “We’re going to be looking at a lot of different things… a lot of people are saying that… that bad things are happening out there. We’re going to looking at that and plenty of other things.”

But the obsessive media focus on this troubling exchange both missed an important point and allowed the nonsense of the GOP candidates’ debate to go unexamined.

What the media missed in its criticism of Trump’s handling of the question was that the views expressed reflected a mindset that has become mainstream in today’s Republican Party. We saw it in the 2010 campaign when the GOP launched a national campaign against the building of an Islamic Center in southern Manhattan. We saw it again in 2012 when five of the Republican presidential aspirants pledged that they would not have a Muslim serve in their administration. And it has been on display in the “birther movement” and in the twenty-seven states where GOP legislators have put forward legislation to ban sharia law from their states. After years in the making, these views have now become mainstream Republican views.

I should add that the claim that there are “Muslim terror training camps” all over the U.S., which was initially a staple of fringe Islamophobic groups appearing on far-right, ultra-nationalist websites, has been given currency and a larger audience by being featured on Fox News shows hosted by Bill O’Reilly, Sean Hannity, and Lou Dobbs. Given this, why would anyone expect Trump to rebuke views held by almost two thirds of his supporters?

So the shock over the question asked of Trump and the outrage over his failure to condemn it, are somewhat misplaced. The Republican party has tolerated and even encouraged this trash for years now. Trump is running on the platform they have created.

But enough about Donald Trump. I want to get back to what must not escape scrutiny and that is several comments made by Jeb Bush, who is considered by some establishment Republicans to be one of their more serious and sane candidates.

The first came early on in the three-hour long CNN debate when Jeb claimed: “This administration, with President Obama and Hillary Clinton, has created insecurity the likes of which we never could have imagined. There’s not a place in the world where we’re better off today than six and a half years ago.”

Later in the debate, when Donald Trump noted his opposition to the George W’s Iraq war, Jeb became defensive stating: “You know what? As it relates to my brother, there’s one thing I know for sure. He kept us safe… He sent a clear signal that the United States would be strong and fight Islamic terrorism, and he did keep us safe.”

Toward the end of the three hour-long session, Jeb returned to his earlier claim, saying: “We need to restore America’s presence and leadership in the world. Name a country where our relationship is better today than it was the day Barack Obama got elected president.”

I suppose that some might consider it commendable for Jeb to refuse to throw his brother, George W., under the bus, but it is simply unacceptable to allow him or the GOP establishment to make statements that are so patently false that they serve to whitewash the disastrous failures of the Bush administration. To claim that we were more respected in the world under George W. Bush or that his policy blunders made us safer not only projects a dangerous illusion, it sets us up to make the same mistakes in the future.

Let me deal with each of Jeb’s claims separately. Because we have been polling extensively across the Middle East for the past decade and a half, we have hard data that shows quite clearly that the absolute lowest points of American standing in that region were in 2003, after the start of the Iraq war. America’s favorable rating began to rise toward the end of 2008 and spike to their highest levels in 2009 with the election and early promise of the Obama Administration. As early expectations were not met, favorable ratings plummeted in 2011, but nowhere near the levels they were at in the in the Bush years. Our last two polls, 2012 and 2014, showed America’s ratings rising in most Arab countries despite continued dissatisfaction with Obama’s performance.

The situation is even more pronounced in Europe. The annual Pew polls show that America’s favorable ratings, in most European countries, have nearly doubled between 2007 and 2015! There are also significant increases in America’s ratings across Africa, Asia, and the Americas. Even in Israel, a favorite of the GOP, America’s ratings are higher under Obama than they were under Bush.

As for making us safer, it must be remembered that the 9/11 terrorist attacks occurred on George Bush’s watch. And instead of making us safer, he led us into two failed wars that cost us dearly in lives, treasure, and international prestige. The upshot of these two wars has been near catastrophic. They exhausted our military. Reports that there are an average of twenty-two suicides a day among veterans and those on active duty are but one indication of the continuing tragedy of these Bush wars.

Furthermore, the wars emboldened Iran and unleashed it across the region, caused extremist groups to grow, while at the same time weakening our regional allies and causing a breakdown in trust between the U.S. and its traditional European allies (recall Donald Rumsfeld’s disparaging comments about the “old Europe”).

The careless hubris of the Bush years took a toll, leaving us not safer but weaker, less respected, and more isolated in the world. That is reality. Not the dangerous fantasy Jeb is now trying to create.

So my advice to the GOP is simple. Instead of distorting the past, own it and learn from it. And instead of ignoring the dangerous and divisive xenophobia you have helped to spawn, own it and root it out.

This article was originally posted in the Huffington Post on September 19, 2015. It is republished here with permission of the author.

James Zogby is president and founder of the Arab American Institute. He is also Director of Zogby Research Services. 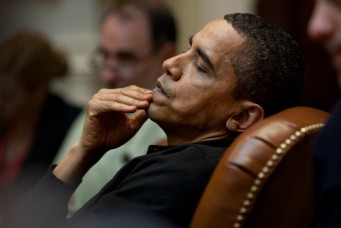 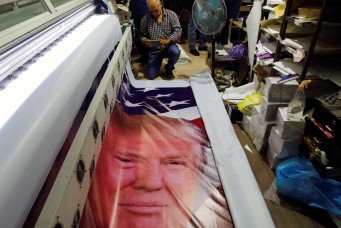 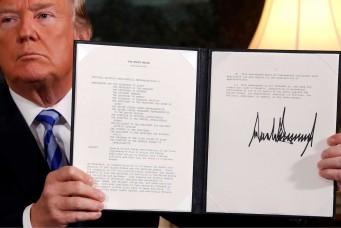