Over the past three years, Tahrir Square has become a symbol of revolt, the scene of countless political protests and, too often, violence and bloodshed. If a bold new vision succeeds, the neighborhood around the square will soon be buzzing with innovators and entrepreneurs, a symbol of Egyptian economic progress.

That’s the dream of a project called the GrEEK Campus, a hub for tech start-ups being established in a partnership between the American University in Cairo (AUC) and a firm called Tahrir Alley Technology Park (TATP). In the deal signed last November, AUC is providing TATP with a ten-year lease on properties covering several city blocks that have been dormant since the university re-located to a newly constructed main campus in the suburb of New Cairo in 2008. TATP aims to make the GrEEK Campus Egypt’s Silicon Valley—the place where innovators, entrepreneurs, and venture capitalists come together to forge a dynamic high-technology sector.

TATP is the latest creation of Ahmed El-Alfi, founder and chairman of Sawari Ventures, an international venture capital firm based across the Nile River from downtown Cairo. He believes that the central Tahrir Square location is perfectly suited to foster creative thinking and facilitate collaboration with enterprises throughout the city. One of the country’s biggest challenges, he says, is to bridge the gap denying young Egyptians the opportunity to put their talents into practice. “If I can help to narrow that gap, it will be a good investment and good for the country,” he told me in a recent Skype interview.

The development of the GrEEK Campus evolved over a year of discussions between TATP and various AUC entities, notably the School of Business. Dean Sherif Kamel sees the tech park as a place for faculty members to conduct applied research and as an opportunity for graduates to strut their stuff. “We really have smart students who want to start their own businesses once they graduate,” Kamel says. “So this is where they can test their ideas.” The GrEEK Campus has a winking double meaning, referring to technology geeks as well as to AUC’s Greek Campus, so named due to the university’s purchase of many of its properties from Egypt’s Greek community in 1964.

Even before the completion of construction and renovations, a dozen or so tech companies have already taken up shop in the GrEEK Campus—among them, SuperMama, an online parenting platform, and Nefham, a website offering K-12 educational advice. The tech park will eventually open its doors to the public, and will provide a downtown venue for lectures, art exhibitions, and musical concerts.

The launch of the GrEEK Campus comes at a turbulent time when investor confidence in Egypt has been badly shaken. Unemployment has soared to some 30 percent among young people (ages 18-29). El-Alfi waves such concerns away. “I invest in start-ups and every investment is a pure risk,” he explains. “Start-up venture capital investors are some of the most long-term investors in the world, because these companies are going to take three to twenty years to mature. If you believe in Egypt in the long-term, then one week up, one year down—the stock market doesn’t matter. This year’s political issues don’t matter.”

Besides, El-Alfi adds, before long the GrEEK Campus will be “the coolest place to work in Africa and the Middle East.” 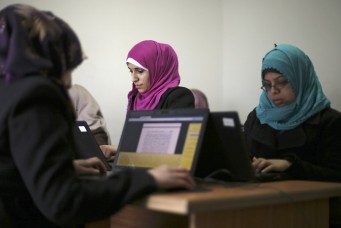 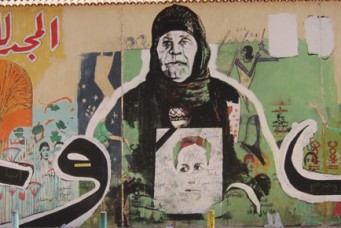