Raised in the Nile Delta, he traveled to Paris and Montreal to earn advanced degrees, and made a mark with a career in diplomacy. After stints at Egypt’s embassy in Israel and working in the Egyptian foreign minister’s cabinet, he became a United Nations advisor on sensitive files like the Darfur crisis in Sudan and the aftermath of the assassination of a former prime minister in Lebanon. When a revolution suddenly ousted the regime in his own country, he was called into service as head of the Supreme Council for Culture in an interim government, only to label the body dysfunctional and resign four months later. Amid the drama and suspense was an impulse, an impulse to push the limits, to discover more, to open up spaces…

Ezzedine Choukri Fishere could be the protagonist in one of his own stories. In his case, the impulse led the scholar-diplomat into a third chapter of his life, as a rising Arab novelist. Since he began publishing fiction in 1995, he has come out with six novels exploring themes from freedom and destiny to identity; critics have viewed his work as indictments against repression, injustice and suffering in Egypt.

Fishere, 47, an associate professor of political science at the American University in Cairo, is well known to Egyptians as an op-ed writer for newspapers such as Al-Masry Al-Youm, but much prefers literature to political commentary. “You open up spaces, you go beyond the limitations of the now, that time and space that you have,” he explains. “When you write political commentary, you’re more bound by today’s reality. You look at possible alternatives, realistic ones, and you’re trying to explain them, and no one’s paying attention because there are a million voices out there saying similar or different things.”

Intensive Care Unit (Ghorfet Al-Enaya Al-Murakazza), published in 2008, three years before the Tahrir Square uprising, explores the decay of Egyptian state and society; in the rubble of the Egyptian consulate in Khartoum in the aftermath of a suicide bombing, various Egyptians are left to reflect on their lives—an Islamist leader, a Coptic human rights campaigner, a liberal journalist and an Egyptian intelligence officer operating out of the consulate. The novel was long-listed for the International Prize for Arabic Fiction, which is managed by the Booker Prize Foundation. Fishere’s 2011 novel, Embrace at Brooklyn Bridge (E’nak E’nda Jesr Brooklyn), was short-listed for the award; it explores the lives and alienation of members of an Egyptian family scattered across the United States and, as some critics saw it, the religious tension between East and West in the post-9/11 world.

Fishere undertook a risky mixture of broadsheet commentary and fiction writing in the publication of The Exit (Bab Al-Khorouj) in 2012. He dashed off the novel in a mere seventy-five days and published installments of the work-in-progress Dickens-style in Tahrir, a Cairo daily. To keep himself on track, he plastered the manuscript across walls of his apartment: a section for what was published, a section for what was ready to be published, and another for the drafts of where the story was headed. Written as Islamist leader Mohammed Morsi was campaigning to take power, and a year before he was overthrown by the military amid a popular uprising, the novel seeks to imagine Egypt’s outlook in the event that any faction tries to impose its will without compromise. It is an attempt to explore the moral and personal dilemmas of politics.

During a chat in his campus office, Fishere refers to Egypt’s revolution in the present tense, as an ongoing process; he sees the ouster of the Hosni Mubarak regime as a marker of significant social rather than political change. “It’s a society that has transformed,” he explains. “But the political system was incapable of matching the social change.” For better or worse, Egypt is sure to supply material for its novelists for some time to come.

The Limits of Fighting Corruption in Egypt 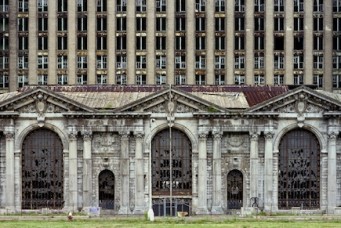