Many say the two-state solution is dead. Lara Friedman, for one, believes there is no other way out of the long Israel-Palestine conflict. She comes at the issue from a unique perspective: she is the director of policy and government relations for Americans for Peace Now (APN), and is a former U.S. diplomat posted to Jerusalem as well as Tunis and Beirut.

Friedman’s group, the sister organization of the Israeli organization Peace Now (Shalom Achshav), works to persuade Americans and U.S. policymakers to support policies that promote a two-state solution based on the 1967 borders between Israel and the Palestinian territories. In a recent visit to the American University in Cairo, she defined the two-state solution as “a negotiated agreement between Israelis and Palestinians that yields two states that are geographically, each of them, contiguous enough to be states. It’s going to have to be politically and economically viable, and it will have to be recognized as such by the world.”

The deal will require politically painful sacrifices from both sides, Friedman says, but is the only solution that will allow Israelis and Palestinians to “hold on to their core narratives of who they are, of their right to the land, of their grievances, their nationality, their rights to self-determination as a people.” Both peoples hold these values dear, Friedman notes, “possibly more dear than people who have not had to fight for their identity could possibly understand.”

Friedman argues that Israeli colonization of the West Bank is not irreversible, noting that Jewish settlements can and have come down. Otherwise, she asks, what option is there? The dark alternative is perpetual warfare. As long as the status quo persists, she warns, the situation will continue to get “progressively worse” for the Palestinians, as their freedom of movement is further restricted, Israeli settlements expand, and new generations lose faith in their leaders and communities.

Friedman strongly supported President Barack Obama’s call in 2009 for a settlement freeze and believes that the administration’s abandonment of the condition was a mistake. As long as Palestinians see bulldozers moving and settlement construction going on as normal, she says, “you can’t fool people with claims of serious talks who are on the ground watching it.”

Still, even a freeze is becoming harder to achieve. Friedman recalls how earlier in her career, removing settlements, not halting construction, was the demanded concession. A freeze was simply a tactic to give negotiations credibility. However, she notes, “since [Ariel] Sharon and [Benjamin] Netanyahu, Israeli people genuinely believe that simply freezing the growth of settlements is giving something to the Palestinians, and will only do it if they get something in return.”

Friedman believes that a peace agreement with Palestinians will be a “net gain for Israel on security” and the only way out of the perpetual conflict and insecurity experienced by both sides. The occupation costs too much in terms of Israel’s international standing, she argues, and is “an infection that ends up making the entire country sick.” Resolving Israel’s security issues means actually dealing with the root cause—occupation—rather than focusing on “terrorism,” a tactic she believes is exploited by Israeli leadership.

Many Israelis, Friedman points out, “by and large don’t feel the occupation until things get bad, and when things get bad, they go into defensive mode because they’re being attacked. There is somewhere in there… when people, I hope, realize that these things are not disconnected.”

According to Friedman, the real turning point in the conflict will come only when enough Israelis and Palestinians realize that the cycle of violence, followed by short-lived peace talks that collapse with more violence, is absolutely unsustainable. Friedman also sees potential for positive change in a younger generation that perceives the world through the lens of justice and equal rights, and applies this view to Israel. An unprecedented number of American and non-American Jews as well as millennials, she says, now oppose many of Israel’s current policies. 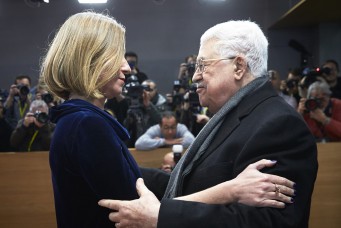 Keeping the Hope of Peace Alive

The Ugly Order of Free-For-All Killings in Israel-Palestine