In the past year, one of the frequently asked questions in interviews for development jobs at the United Nations was “Do you think the Sustainable Development Goals (SDGs) will be realized by 2030, why or why not?”

Candidates have tended to err on the side of optimism. After all, the Secretary-General himself has issued a call to action in the ten years remaining to 2030, inviting the world to join the United Nations to meet the goals of the decade and leave no one behind.

The SDGs were developed in 2015 in the wake of the wave of optimism which followed a billion people moving out of poverty. In a post-Covid world, however,  a more nuanced assessment of the prospects for achieving the SDGs might be a better response. If the odds of  achieving the SDGs worldwide are somewhat compromised, what then of these prospects in an Arab region that has witnessed the more recent shocks of coronavirus and a fall in oil prices. These challenges come on top of a decade characterized by civil unrest, regime change, protracted conflict and crises of displacement. The prospects then for the SDGs in the Arab region look dismal indeed.

Perhaps a fairer answer to the question: “will the SDGs be achieved by 2030 in the Arab world” would be “we don’t know”. Besides the fact that telling the future is dangerous, especially in such a dynamic region, several factors provide basis for this uncertainty.

The first factor of uncertainty is that the statistical apparatus needed  to make a judgement on the achievement of the SDGs—a fortiori to monitor the progress of societies in achieving these goals—is seriously deficient. The Arab Sustainable Development Report, produced this year by the UN Economic and Social Commission for West Asia, while making a laudable effort at completeness, and with the help of competent statisticians and economists, rarely goes beyond the analysis of data in 2015 or 2016.

Two examples are pertinent here. In Egypt, the statistical agency, Central Agency for Public Mobilization and Statistics, is seen by many as a model for the Arab region. Nonetheless, policy makers noted in the official submission to the 2018 Voluntary National Review of the SDGs in the UN Economic and Social Council that, “ Having approximately 87 measurable and regularly updated indicators, coupled with problems of data disaggregation somewhat constrains the SDG monitoring process”.

More recently, the Morocco Voluntary National Review for 2020, prepared by the Haut Commissariat au Plan, provided data for 102 indicators, of which 61 are tier 1. Hence, comparability year to year or across the region, is fraught with difficulty.

The relative paucity of statistical data is more evident in a consideration of disaggregated data, with 43 percent of disaggregated indicators simply not available. For example, only Egypt and Palestine report against indicator 8.5.2 on the employment of persons with disabilities. Indeed, in the region as a whole, Egypt, Algeria, Qatar and Morocco use disaggregated data sets, while conflict countries have virtually no such information. In particular, disaggregated data sets that show the different levels of achievement of SDGs by gender,  by age cohorts, or rural/urban residence allow policy makers more clarity in the determination of social policies.

For public policies to be effective in the achievement of the SDGs, it is important to target specific groups left behind. Gender disaggregated data or data disaggregated by age or ability would be essential for such targeted public policies. The difficulty with indicators is compounded when one considers the vastly divergent development patterns in the region. Insofar as the achievement of the SDGs is concerned, the one certainty we have is that it is impossible to generalize, with any degree of precision, regarding the performance of the region. Rather than list the different indicators available for the SDGs, the reader may wish to review the excellent analysis, using the best available data, in the Arab Sustainable Development Report 2020 (ASDR 2020). A couple of statistics from this report, however, are important to mention.

The Global Health Security Index, featured in the ASDR 2020, measures the performance of 195 countries regarding access to health services. The Arab region as a whole averages 40.2 percent out of a possible 100, with high income countries such as Saudi Arabia, Kuwait or the UAE at around 49 percent, and at the other end of the series, Somalia with 16.6 percent. The average number of physicians per 10 thousand persons is 11, with Sudan having 4.1 and Qatar 27.8. The world average is 15 physicians per 10 thousand people. The disparity in income, in access to social services, and to modern technology (such as the internet and broadband connections) is evident throughout the Arab region.

A second challenge to the achievement of the SDGs in the Arab region is that it is impossible to generalize trends toward SDGs application as there is wide disparity in the development performance of the countries in question. An attempt at an answer would have us group the countries of the Arab world according to whether they are oil exporters, middle income oil importing countries, low income countries or countries in conflict. Yet, the examples of countries in conflict (or recently out of conflict) such as Iraq, Libya and Syria, confound this classification, as Libya and Iraq are top oil exporting nations and Syria is not an oil exporter.

COVID-19’s Impact on SDGs in the Arab Region

COVID-19 has had a pronounced impact on the prospects for the achievement of the Sustainable Development Goals in the Arab region. The World Health Organization collects and provides a daily statistical table on COVID cases and mortality. In this table, again, researchers see that data variability across the Arab world. In Yemen, for example, there were 2066 cases on October 31 and 600 deaths. Observers agree that the actual situation on the ground is far more serious, but that data collection capacities of a country in conflict are lagging behind the real impact of COVID.

In countries with a more developed public health capacity—for instance, the UAE, with a much smaller population than Yemen—the corresponding figures for October 31 were 132,629 cases, and 495 deaths. Despite data difficulties, the challenge of adding up data with insufficiently comparable collection methodologies caused the Secretary General of the United Nations, in a recent policy paper, to sound the alarm regarding the impact of COVID on development prospects in the Arab region. His words bear repeating here, “The pandemic has also magnified many decades-long challenges. These include violence and conflict; inequalities; unemployment; poverty; inadequate social safety nets; human rights concerns; insufficiently responsive institutions; and an economic model that has not yet met the aspirations of all”.

Estimates of the increase in poverty levels, and the IMF estimate of the largest contraction of the region’s economy in fifty years, are causes for serious concern. The prospects for the achievement of the SDGs in 2030 appear ever more distant with a quarter of the population of the region (115 million people) in poverty, and the estimated loss of 152 billion dollars of income in 2020 alone. The continuing conflicts in the region, with the Arab world accounting for 25 percent of conflict related deaths on the globe in 2019; an increase in violence against women and a quarter of young people under 29 unemployed, are not encouraging for the prospects of meeting the SDGs.

The impact of COVID on the peoples of the Arab region in terms of health, the economy, and social development seems to have weakened the prospects for the attainment of the SDGs. Yet, this pessimistic conclusion cannot be the final word. Statistical trends—even more so when based on approximate data and averages that mask wide discrepancies—are only trends which might (and only might) assume static public policy. There is another path.

Public policy in the Arab region that recognizes the serious nature of its crises and their deleterious impact on development prospects can affect powerful change. We are still at the start of the last decade of action for the SDGs. Ten years is a long time in which to change the development pattern of the countries in question and meet the development goals of their peoples.

A public policy that takes as a starting point the vulnerabilities of the region and seeks to provide solutions to these vulnerabilities would, in the spirit of the SDGs, recognize the interlinkages between policies affecting poverty, economic growth, social services, climate change and the environment, human rights and effective governance mechanisms. Such a policy would go beyond the tyranny of statistical averages and base governments’ measures on a refined statistical apparatus that is capable of guiding policy makers to where they will do the most good, and direct support to the most vulnerable, leaving no one behind.

While every country in the Arab world will have its own priorities in order to meet the SDGs, some features would appear to be self-evident. An end to conflict and a reduction in arms imports is the first, indispensable basis from which to start. The conflict in Syria has impoverished 80 percent of the population; the conflict in Yemen has lost the country 30 years of development efforts. Both continue unabated. Recent moves for peace in Sudan and in Libya, the stabilization and reconstruction in Iraq, all bode well for peace in the region.

Should the conflicts of the Middle East abate, or even end, the peace dividend would be important, both in terms of lives preserved, and in terms of resources not wasted by conflict and instead devoted to development. The Arab region, as a whole, spends 6.2 percent of its GDP on  arms imports, the highest rate in the world. Arab arms imports represent 35 percent of all arms exported in the world.

Many other public policies, as outlined by the Secretary-General, would help free the Arab region from the vulnerabilities of the current development pattern. These vulnerabilities have amplified the impacts of the COVID crisis. There are some “no regret” policies that can propel the region towards recovery and the achievement of the SDGS. These policies include: a modern statistical apparatus that allows better targeting of development efforts; fostering the equal participation of men and women in the economy to liberate productive forces largely unrecognized; support for medium and small enterprises that constitute 97 percent of all businesses; prioritizing a green recovery that would allow the region to invest in renewable energy taking advantage of its important natural resources; providing access to the internet for the 50 percent of the Arab population that does not currently enjoy it; and the development of public health services and modern education.

We have ten years to break off from our current path of vulnerability and begin a new chapter in the development of the Arab region and its peoples. The policy choices adopted by governments of the region will determine the success of the coming development decade and the achievement of the SDGs. 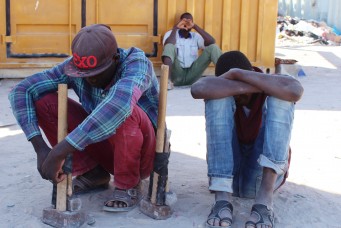 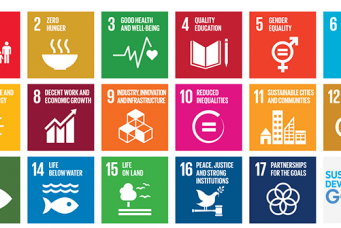