As I was turning thirteen, I packed up everything I had to embark on a new life in Tehran with my Iranian mother and stepfather. In 1999, I left behind everyone and everything I knew in Los Angeles, including my American father. The culture shock was massive, to put it mildly. I had only been to Iran a couple times, including a trip as a child in 1991, the year Hollywood released Not Without My Daughter, the film starring Sally Field depicting the real-life story of an American woman who makes a daring escape from Iran with her child amid a custody dispute with her Iranian husband. About the only other thing I had learned about Iran was that a man called “The Shah” once lived there, and that he’d had an arch nemesis named Khomeini.

I’m happy to report that I’m much better informed today; I’m writing a Master’s thesis on Iran at the American University in Cairo. But back then, being a politically naïve teenager complicated my feelings of displacement and melancholy. One day reading aloud from the textbook about the Iranian revolution in my seventh grade history class, I got to the passage about Ayatollah Khomeini’s death in 1989. I pointed out the mistake to my teacher. After all, how could the man be dead when his image decorated every street and public building in Tehran? My classmates erupted in laughter. It took me a while to distinguish the morality enforcers of the komiteh from other branches of Iranian security; at the sight of ordinary conscripts, I would hurriedly tuck my hair under my headscarf, and put the sleeves of mymanteau all the way down so not even my nails would show.

Being an American in Iran initially filled me with paranoia. Somehow I believed that if my nationality was discovered, I could be taken hostage—like the Americans at the U.S. embassy in 1979. The bars on the windows of the Tehran International School reinforced my sense of dread. My young mind would wander to fantasies of American marines rescuing me from an Iranian prison. At the end of my first year of school in Tehran, I wrote “I Love Mullahs” in my textbooks before handing them back in—my own little insurance policy in case the Islamic Republic ever came for me. Whenever I saw American flags set ablaze or protesters chanting “Death To America” on state television, it confirmed my fear that Iranians hated the United States and everything about it.

Gradually I began to realize that as an American in Iran, I actually got a free pass from the komiteh when they caught glimpses of my fuchsia-highlighted hair sticking out of my headscarf. Until then, nobody had bothered to fill me in on the long and complicated history of American-Iranian relations, such as how the Central Intelligence Agency was involved in the 1953 coup d’état that toppled Mohammad Mossadegh, the democratically elected Iranian prime minister. Coming of age in Tehran, I discovered that Iranians in fact loved Americans. As a fifteen-year-old American, the Iranian reaction to the September 11 attack on the United States made a deep impression on me; thousands of Iranians took to the streets, not to protest against the “Great Satan,” but to hold candlelight vigils for the lost American lives.

I started to realize that as the tumultuous events of 1979 receded into history, the hemlines of ourmanteaux became shorter and our headscarves inched further back. Young people spent more time just hanging out in public, wedding celebrations grew louder, and cafés reverberated with Western pop music. It turned out that I didn’t miss too much in my adolescent years. I had my first kiss, and a couple of heartaches, in Iran. Well, I didn’t get to go to a prom, given that schools segregated the sexes. But we had house parties at the residences of ambassadors and diplomats, and I even hosted a few—with no komiteh in sight.

What touched me the most about Iran was the kindness and resilience of Iranians. Repeatedly they extended their hands to me, sharing the stories of their lives and country. Their capacity to survive and even in many cases thrive under difficult circumstances continues to astound me. After the upheaval of the revolution, Iranians have experienced an horrific eight-year war with Iraq, an economy crumbling from mismanagement and sanctions, witnessing a reform movement crushed, and, most recently, increasingly explicit threats of a foreign military attack on Iran’s nuclear program.

Through it all, Iranians have demonstrated a remarkable national pride, bound by a history and culture dating back several thousand years. They have taught me a great deal. And, that includes some street smarts: knowing how to operate in post-revolutionary Iran certainly helps navigating life here in post-revolutionary Egypt.

Nostalgia and Naivete—Watching Argo as an Iranian American 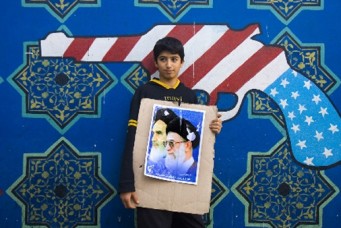 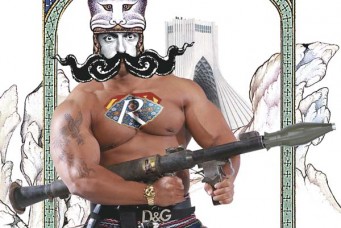