Most media covering yesterday’s Israeli election outcome declared the result a stalemate. Some have begun talking about a fifth election (the fifth in the past two years!) if there is no clear winner.  But they may be wrong.  Like the famous escape-artist, Harry Houdini, Benjamin Netanyahu may yet escape from the jaws of defeat with his power and political career renewed.

He has several potential paths to forging a governing coalition. The paths may be narrow (each for different reasons) but they present him with far more options than the anti-Bibi forces have.

With 98% of the vote counted, Netanyahu has 59 votes if one includes both the Kahanist Religious Zionism and Yamina parties (Betzalel Smotrich and Naftali Bennett respectively). He will therefore need to add another party to offer him a majority.

I see three options in order of likelihood: first, adding Gideon Saar’s New Hope party and its six seats, which offers a comfortable 65 seat majority.  Saar broke away from the Likud party to form his new faction.  Though there is bad blood between him and the prime minister, ideologically the former is closest to Likud.

Second, adding the Palestinian Raam party which, in the course of twelve hours, was raised from the dead (i.e. failing to cross the threshold) to be a kingmaker, with a potential four seats. This would be a complex maneuver, since it’s unlikely Raam would formally enter the coalition.

Instead, Raam would likely follow the path set by previous Palestinian parties which collaborated with old Labor in the days when Labor was the dominant national party. This would mean that Raam would abstain from voting against the government, while not sitting in the cabinet. In return, Netanyahu would offer Raam various blandishments and benefits. Given that the party is based among Bedouin communities in the South, this might include funding for infrastructure in communities like Rahat.

A Raam/Bibi coalition might include the agreement of the Israeli government to ease off the Judaization of the Negev at the expense of existing Bedouin villages, which have been destroyed to make way for Jewish colonists. However, even a tacit alliance with Raam could be rejected by a number of Likud allies, who would object to any form of “cohabitation” with Arabs.

The third option would be to bring Benny Gantz’s Blue and White party back into the coalition, as it was in the last government.  Of course, Gantz would be foolish to do so since his desertion of his colleagues to join the cabinet the last time around is what decimated the center-right anti-Bibi forces in this election.

Yet, never underestimate the magnetic attraction between politicians and power. The chance to wield real power is not only an aphrodisiac, it leaves Israeli politicians helpless to resist. Gantz abandoned Yair Lapid and Yesh Atid after last year’s March elections to become defense minister. Gantz had also expected to become Prime Minister in a rotation agreement, but he and everyone knew Bibi would never have honored this agreement. There is no reason to suppose that given the chance Gantz would not bolt from his side and ally with Bibi again, despite the absolute havoc the decision wrought last time.

There is one wild card common to most of these options.

Every possible partner has a long history of bitter enmity with Netanyahu, who is notorious for mentoring political partners only to cast them out when they threaten to become rivals. Thus, Avigdor Lieberman, Naftali Bennett (who both served as Bibi’s chief of staff) and Gideon Saar share deep hostility and mistrust of the prime minister.

Whether or not Netanyahu’s rivals can overcome their animosity with the Prime Minister to cut a deal with Bibi to be part of a Netanyahu-led government is an open question. But one thing is a constant in Israeli politics: values and principles are always sacrificed at the altar of expediency. It is one of the factors contributing to the cynicism with which Israeli voters greet these never-ending election cycles.

There is virtually no chance for the anti-Bibi coalition to coalesce into a coherent force. There are too many disparate elements running from secular nationalist (Lieberman) to religious (Torah Judaism) to Yesh Atid (secular centrist).

There was one bright spot in this otherwise dark political landscape. Israeli Palestinian filmmaker, Ibtisam Mara’ana, running seventh on the Labor list, will enter as an MK.  She is only the third Palestinian woman elected to Knesset from a non-Palestinian party.

Far-right Knesset members sought to disqualify Mara’ana from running due to a statement she had made nine years ago that she did not stop driving as is customary among Israeli Jews during the Memorial Day to honor Israel’s Jewish war dead, presumably because she felt conflicted over the fact that  the suffering of Israeli Palestinians is ignored. The Supreme Court reversed her disqualification. Now she will become a Palestinian MK.

Despite the bitter enmity Netanyahu arouses in his Israeli critics and analysts like this author, we have to give him credit: Bibi is a master political tactician. He knows how to cobble together a hodge-podge of disparate parties with conflicting interests into a governing coalition. He knows how to win elections Israel-style. He is like the old Chicago ward bosses who managed to bring together poor Black people, white Polish Catholics, and liberal white professionals into a city-wide machine.

Netanyahu did two “brilliant” things in this election. First, he served as shadchan (matchmaker) for a union made in political heaven. Bibi joined two separate Kahanist factions led by Betzalel Smotrich and Itamar Ben-Gvir. Together Smotrich and Ben-Gvir formed Religious Zionism, and if the bloc enters a new government formed by Netanyahu, it would be the most extremist political bloc ever to enter an Israeli ruling coalition.

Bibi facilitated this union of far rightists because he knew there were conservative voters disgusted with his corruption who joined the protests in the streets. He recognized there were voters to the right of Likud who needed an alternative. Religious Zionism became that option.

In the election and afterward, Bibi has sweetened his offer to bring Religious Zionism into his governing coalition by promising Ben-Gvir and Smotrich cabinet portfolios, the sine qua non of power in Israeli politics. If this new ruling coalition occurs, it will mark the first time outright Kahanists and sympathizers (such as Ben-Gvir)  have ever served as coalition partners of a ruling government. Netanyahu’s ploy has worked like a charm and Religious Zionism earned six seats in this week’s election.

An equally clever tactic was to cultivate Raam and encourage it to break away from the coalition of Arab Parties of Israel, the Joint List, which it had joined for the past two elections.

As stated earlier, Raam is an Islamist party based in the Bedouin communities of the Negev.  As such, it holds fundamentalist views against issues like LGBTQ rights. The other Palestinian parties are largely secular and have, if not embraced, at least tacitly supported gay rights and other issues Raam considered anathemas.

Bibi promised Raam he would shower funding on its constituents and offer increased police presence to combat a violent crime wave. This was all Raam’s leader, Mansour Abbas, needed to hear as Raam broke away from the Joint List.

Another tactic that worked well for Netanyahu was to approach the Palestinian electorate differently than he had in past elections.

Instead of demonizing Palestinians living in Israel, calling them a Fifth Column, and complaining that Palestinians would swamp the polls seeking to destroy Likud, Bibi spoke about the Palestinian minority in honeyed tones. He called himself “Abu Yair” in election ads and explained away the racist Nation-State law which eviscerated minority rights, as solely intended to eliminate “infiltrators.”

This change of tactic effectively eliminated the greatest motivator among the Palestinian electorate: fear. Without Likudist racism as a campaign threat, Palestinians (already suspicious and cynical about the political process) stayed home. This drove the Joint List vote total down from nine seats currently to six. A disastrous outcome to be sure, but just what Bibi had hoped for when he whispered the Palestinian vote into a stay-at-home slumber.

Netanyahu’s One Fatal Flaw: A Lack of Vision

While Bibi may be a master tactician, I didn’t want to convey the mistaken impression that my “admiration” for him as a tactician is unrestrained. Bibi lacks one fundamental quality that all great leaders must have: a vision for the future.

The leaders we remember have a program and devise a strategy to achieve it. They employ a varied set of tactics to achieve their overall goals.

Bibi has none of this. He has no vision for the nation. He has no political program. Instead, Netanyahu cobbles together proposals from his far-right partners and permits them to be presented to the Knesset. If a bill arouses fierce controversy, he backs down and tables it. Otherwise, full steam ahead with his Judeo-supremacist agenda.

Everything Bibi does is with the goal of currying favor with various constituencies to remain in power, rather than having a coherent way forward to lead this seminal country.

This extends to foreign policy as well. The Prime Minister has no plan for Israel’s future except one that offers continual conflict and war. He has no end game in sight to resolve any of Israel’s conflicts with either Palestinians, frontline states, or Iran. In fact, these conflicts become added tools to perpetuate his rule, earning him the reputation of being Mr. Security, a quality Israeli voters seem to love.

His one great success, the purported normalization process, is not part of a long-term strategy. While Bibi has joined with Sunni states in an alliance against Iran, which led to normalization of relations with four of them (Bahrain, the United Arab Emirates, Morocco and Sudan), this approach will not offer Israel long-term benefits, other than enticing commercial deals and a military alliance against a common enemy. It will not offer long-term stability or security for Israelis.

The question remains for Israel: is there a visionary leader in the future who can replace Netanyahu?

Richard Silverstein is a freelance journalist and independent researcher who reports on Israeli national security issues. He contributes to Jacobin Magazine, Al Jazeera English, and Middle East Eye.  He has contributed chapters to two essay collections: A Time to Speak Out (Verso) and Israel and Palestine: Alternative Perspectives on Statehood (Rowan & Littlefield). He publishes the Tikun Olam blog. On Twitter @richards1052 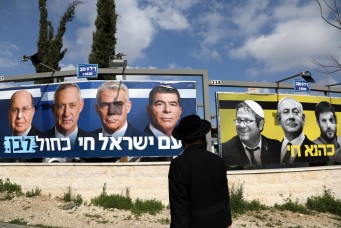 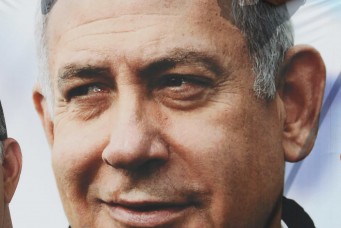 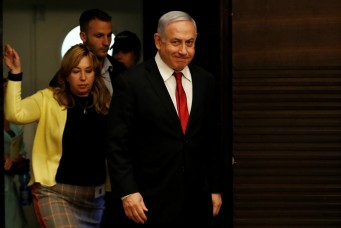