It is not uncommon to hear about the United States as a melting pot, an allegory for the diversity of peoples found in America. In Brazil, we like to believe that the pot has melted already. Accurately tracking down the origins of people in a country shaped by successive generations of migrants who arrived and mingled with scant attention to ethnic purity is a daunting task. Indigenous populations, Portuguese, Africans, Spaniards, Dutch, Italians, Japanese, Poles, Germans, Lebanese, Syrians… Brazilians.

Since at least the late nineteenth century, the Middle East has been an intrinsic part of our national narrative of racial and ethnic blending. By some estimates, there are as many as fifteen million Brazilians of Arab ancestry. A few go so far as to suggest that there is Arab blood in every Brazilian. After all, the argument goes, the Moors spent about seven hundred years in Iberia spreading their art, architecture, food, and genes. As Darcy Ribeiro, one of Brazil’s most respected anthropologists, once put it: “The Arab culture first arrived in Brazil in the memory of the Portuguese.”

The Arab identity of Brazilians with Arab ancestry has never been at odds with their profound sense of bring Brazilian. The Arab cultural element might even reinforce the national identity of a country whose distinctive element is, arguably, miscegenation and the absorption of foreign influences.

One tale is inevitably trotted out whenever one recounts the saga of Arabs in Brazil. Syrian and Lebanese immigrants and their descendants are usually called “Turks” on Brazilian soil, in spite of the rather tiny number of Brazilians who actually came from Turkey. As author Jorge Amado explains, “the first to arrive from the Middle East carried papers issued by the Ottoman Empire, which is why right down to the present they’re all stamped as Turks, making up that fine Turkish nation, one of the many in the amalgamation that has composed and is still composing the Brazilian nation.”

Lebanese and Syrians largely arrived during three historical junctures: in the aftermath of Emperor Pedro II’s visit to Beirut and Damascus in 1876, with the crumbling of the Ottoman Empire; in the period between the world wars; and in the wake of the Lebanese Civil War. In the eyes of Levantines facing hardship at home, Brazil has always served as a safe haven of tolerance halfway across the globe.

Part of the Brazilian (and indeed South American) story is the chronicle of the Syrian and Lebanese caixeiro-viajantes—the traveling salesmen—who thrived in business and managed to put their children through school. The latter would wind up becoming lawyers and doctors, earning social pedigrees and eventually paving the way for their heirs to rise to high office. In politics, public service, business, healthcare, and arts, Brazilians bearing an Arab name are everywhere to be found.

Many Brazilian families of Arab ancestry still keep close touch with the lands of our forefathers. Still, for many of us, the Middle East is a romantic, conflict-ridden land from where our heroic ancestors came in the pursuit of a better life for their kin. For far too long, Brazil remained relatively detached from a corner of a world to which it is culturally and genetically tied. Foreign policy is the natural bridge to reconnect Brazil with its indelible Middle Eastern roots.

Especially in the last decade, the country’s leaders have increasingly recognized this. Brazil opened embassies and consulates across the region. As foreign minister, Celso Amorim (currently Brazil’s defense minister) became a frequent traveler to the region. One of his predecessors, Luiz Felipe Lampreia, also made pioneering visits to Israel and Palestine, revitalizing Brazil’s commitment to the peace process. President Luiz Inácio Lula da Silva was the first Brazilian head of state to officially visit Lebanon, Syria, Egypt, Saudi Arabia, Jordan, Israel, and Palestine. Brazil consolidated institutional ties with the Arab League. The position of special envoy for the Middle East was created in the foreign ministry.  Trade between Brazil and the Arab world has increased four-fold since 2000. Perhaps the most enduring accomplishment has been the South American-Arab Countries Summit, which has managed to build solid bridges across the two regions over the years.

Brazil has raised its voice on Middle East issues that have a global impact. We were a vocal critic of the 2003 invasion of Iraq. We were one of the few non-regional, non-Muslim, non-traditional donors to participate in the Annapolis peace conference in 2007. We recognized Palestine as an independent state, prompting other Latin American countries to do the same and helping to level the playing field in the peace process. With Turkey, we brokered an agreement in 2010 addressing Iran’s nuclear program. Last December, Brazil was invited to participate on the Geneva conference in the Syrian crisis.

None of this has come at the expense of relations with Israel. The capacity to talk to everyone in the region, combined with Brazil’s blood ties to the Middle East, is what gives Brasília the diplomatic credentials to serve as an honest broker and effective mediator. Brazil’s melted pot illustrates the possibility of peaceful coexistence and actual integration between Jews and Arabs.

Brazil’s foreign policy is rooted in its self-image of being a global player. It is also an expression of the tapestry of multicultural influences that shape the Brazilian people. Brazil’s new strides in the Middle East hardly represent the first chapter of the country’s history with the region. They are certainly far from being the epilogue.

Filipe Nasser is a career Brazilian diplomat currently serving in the Embassy of Brazil in Washington, DC. The opinions expressed here do not necessarily reflect those of the Brazilian Ministry of External Relations. 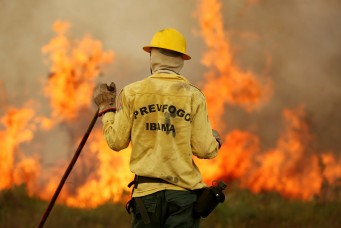 Heat is on for Brazil’s Bolsonaro 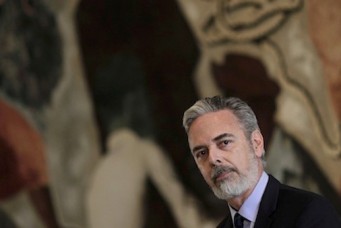